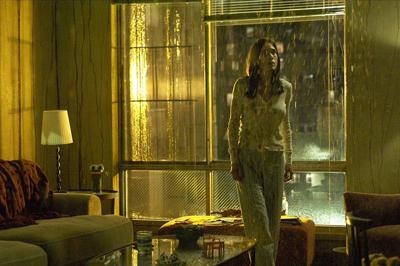 In the past, I’ve been inclined to avoid movies like Dark Waters because there have been so many of them; Silkwood, Norma Rae, A Civil Action, Erin Brockovich and countless others.   You know the genre.  Valiant crusader confronts evil corporate America at great risk to their career, friends, family and even life itself.

Unless, in the unlikely event I intended to personally join the crusade, most of those films have left me feeling helpless and hopeless.  Feelings of helplessness and hopelessness aren’t two of the main things I’m looking for when I go to the movies.

I hadn’t seen a good “Will the corporate criminals kill our hero before he has a chance to expose their corruption?” in a while, though, and I do like Mark Ruffalo, so I was actually looking forward to Dark Waters.

Despite the participation of those fine actors, however, this is not a movie carried by star-power.  Ruffalo is solid, as usual.  Hathaway, saved from floundering through another one of those god-awful duds she’s been saddled with lately, returns to form.  And where the heck has Tim Robbins been lately?  One can only endure The Shawshank Redemption on AMC so many times.

But Dark Waters is not an actors’ movie.  It’s a good story well-told.  And credit for that success goes to director, Todd Haynes.  In recounting two decades of legal maneuvering , Haynes maintains a flow to his storytelling.  Dark Waters presents inter-connected lives that are being played out over time rather than as a series of staged scenes.  We follow the characters as their lives ebb, flow and end as lives do.

That the host of supporting and otherwise “minor” characters in this film are portrayed as real people and not as caricatures is a big help.

Poisoned farmers aren’t saints or martyrs.  They’re people who’ve been steamrolled by a world none of us really understand any more.  The citizens of West Virginia are victims not because they’re ignorant hillbillies but because they’ve fallen for the same fantasies and deceptions that citizens of Manhattan and Silicon Valley have fallen for; the same lies we’ve all believed.

There’s no shortage of evil players in Dark Waters, but there’s also a shitload of folks who are awfully easy to root for.  Hell, even some of the corporate attorneys actually have (Gasp!) souls.

Dark Waters doesn’t break any new ground and it’s highly unlikely to change to world – although it might help bring some justice to a small part of it.  It is a well-crafted entertaining film though, which is the main thing I am looking for when I go to the movies.

By the way, if you have a Teflon coated pan in your cupboard, get rid of it.  Now!  You might also consider tearing up your carpet.  Now!