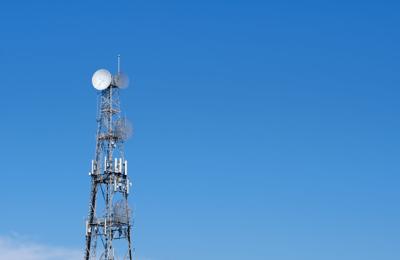 When DuJuan McCoy purchased two Indianapolis TV stations in 2019, he brought his career in the media business full circle, calling the shots to influence media in the city in which he was raised.

But McCoy also became a small part of history — because until his arrival, there were no African American TV station owners in any of the country’s largest 25 markets, which includes Indianapolis.

McCoy, who graduated from Ben Davis High School and Butler University, grew up in Haughville, where he passively watched the news hardly ever saw Black news anchors.

But now that he’s been an owner in the media business since 2007, McCoy, 52, said he hears a lot about diversity issues as he travels the country for work.

“What I hear in every panel in every market is multicultural folks are underrepresented in newsrooms, on air and from a storytelling standpoint,” he said.

One of McCoy’s early priorities at WISH-TV was to hire a journalist who focuses on multicultural communities. That happened in November 2019 and is part of a broader expansion that includes new equipment and more employees.

Katiera Winfrey, WISH-TV’s multicultural reporter, said her position is important because the stories are out there whether anyone tells them or not. Being able to go find and tell those stories is different from past experiences in TV, she said.

“As a Black woman making my way through the news business, some of the stories I pitched, people wouldn’t find them important,” Winfrey said. “But when I would be out in the community, these are the stories the people wanted to hear.”

McCoy said it was part of his responsibility as a Black man to help give coverage to those communities on TV.

Hunter was part of a leadership training with the National Association of Broadcasters a few years ago and remembered thinking of McCoy, who was the dean, as someone who preferred setting trends.

“Ten years down the line, people will be reading or hearing about things DuJuan has done in the industry, and other people will follow,” Hunter said.

In a podcast interview with Indianapolis Business Journal, McCoy said he got into the media business after the Indianapolis Star wrote a human interest story about him while he was a senior at Butler.

The sales manager at WTTV called McCoy, said he read the article and then invited him to interview for a job in sales and marketing. McCoy hadn’t considered being part of media until then

Six months later, McCoy was hired as an account executive and hasn’t left the business since.

McCoy bought seven small stations in Texas for $3 million in 2007 and sold them five years later for $21 million. In 2015 and 2016, he bought five stations — in Evansville, Indiana, and Lafayette, Louisiana — for $66 million, with backing from an investment firm, and sold them in early 2019 for $165 million.

“You never brag about making a profit,” McCoy said, “but in business, you’re keeping score, and that’s how you keep score.”

Those stations McCoy bought and sold were unprofitable when he acquired them. It’s become his reputation to take those stations and turn them around, but McCoy rejected the notion that he’s flipping TV stations like houses.

“Don’t hate the player, hate the game,” McCoy said, adding that he wouldn’t change the game.

“I love everything about the game,” he said.