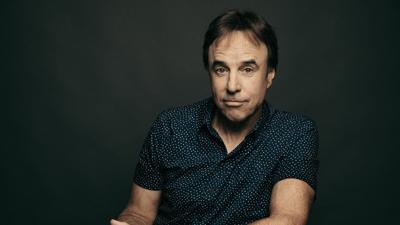 When it comes to previous hosts of “Weekend Update” on Saturday Night Live, Kevin Nealon undoubtedly ranks high on a list of all-time greats. Like any comedic mastermind, however, he certainly had his inspiration.

“Chevy Chase was really the guy I emulated — I really liked him a lot,” Nealon says.

Nealon visits Indianapolis Jan. 9-11 for five shows at Indy’s Helium Comedy Club. Ahead of his visit to town, our Seth Johnson caught up with the comedy great for a phone interview, discussing Dana Carvey, Johnny Carson, and a whole lot more.

SETH JOHNSON: You played quarterback on the Fairfield University football team, which is interesting to me. Do you still follow sports at all?

KEVIN NEALON: Not that much. I like to watch the Super Bowl and the World Series. But throughout the season, I don’t watch that much.

JOHNSON: Were sports part of your upbringing? How did football come into your life specifically?

NEALON: I played football in my neighborhood. We had the pads, helmets, and everything, and we’d play the gang from across town on the high school football field with no refs. It was kind of a brutal upbringing with football. So when it came to college football, I was ready, although I never played in high school.

JOHNSON: Being that I write about music, I also find it interesting that you played in bands growing up. What did those bands sound like?

NEALON: Well, we weren’t good. There were about four or five of them over a period of time. We went from being The Stained Glass to The Hallucinations to The Soulful Six, and we played songs like “In the Midnight Hour,” “Gloria,” and stuff like that.

JOHNSON: Do you still keep up with music at all?

NEALON: I do like music. I play the five-string banjo now, and I’ve continued with the guitar. But that’s just for self entertainment mostly, ya know?

JOHNSON: You made your network television debut on The Tonight Show Starring Johnny Carson. What lasting impression did Johnny leave on you, with the many interactions you two had over the years?

NEALON: Doing The Tonight Show Starring Johnny Carson was validating as a comedian — it was like passing your bar exam as a lawyer. So that gave me a lot of confidence, and it gave me recognition. And it validated me to headline and work a lot more. So that was probably the highlight of my career up to this date.

JOHNSON: You also appeared on The Late Show with David Letterman numerous times. With Letterman being from Indiana, I’d be curious to hear what your interactions were like with him.

NEALON: I was of an earlier generation with Johnny Carson, so he was my guy. Letterman was a great host, and he was really popular. But Carson was really my focus.

JOHNSON: How did you first meet Dana Carvey, and what were you drawn to in him?

NEALON: I think we first met when I worked up in San Francisco. He lived there, and we played at a lot of the same clubs. I was friends with Paula Poundstone, and she shared a house with Dana in San Francisco with some other comics. Sometimes I’d crash at their place, so I got to know Dana from there.

He’s got a great sense of humor. He’s very creative. He’s a great mimic and is just so entertaining one-on-one. We had a lot in common. It’s funny because we eventually lived in another house together in Hollywood.

JOHNSON: You have an ongoing web series called Hiking With Kevin. Where did the idea for that come from?

NEALON: It was very organic. I was just hiking with a friend of mine, Matthew Modine, who’s an actor. I just started asking him questions. I thought it’d be funny if I interviewed him when we were both out of breath. I posted it on Instagram, and it was really funny. So I started interviewing more friends after that.

JOHNSON: Is there one episode of those in particular that you really enjoyed?

NEALON: Every one of them has something special that I like in it. I thought Conan’s was very revealing. He talked a lot about the history of anxiety in his family.

JOHNSON: You’ve been a longtime vegan and are also passionate about animal rights. Can you elaborate on that passion?

NEALON: It’s not that it’s a passion of mine — it just is common sense for me that animals should be treated with fairness and humane conditions. I’m actually not a vegan. I’m mostly a vegetarian. But I do what I can to try and alleviate the suffering of animals.

JOHNSON: Along similar lines, what are your thoughts on the wildfires in Australia?

NEALON: It’s horrible. Hundreds of millions of animals have been killed. People have been displaced and killed as well. You wonder how something like that could get so out of control. I feel for the people, and I hope they’re able to control the fire. We actually have fires up near our house in California, and it’s really upsetting and terrifying. You wouldn’t wish that on anybody.

The Nonstop Life of Bob Saget

An Interview with Megan Gailey

Ahead of a Feb. 1 headlining show at the Vogue, the Indiana jam band reflects on their road to success.