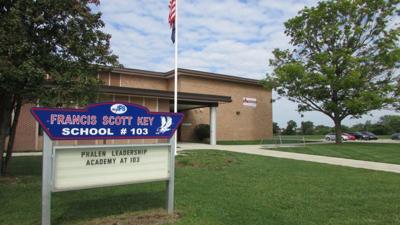 Indianapolis Public Schools has granted a local charter network another five years to continue its turnaround efforts at what had been a chronically low-performing elementary school on the far eastside.

The board voted unanimously Thursday evening to renew an “innovation school” partnership with Phalen Leadership Academy at School 103. Back in 2015, that school was the first to undergo a “restart” through outside management.

While the school continues to post very low passing rates on state exams, its students show significant growth on tests, and the district reported a much calmer school environment.

“This process reveals for us something that we already know — which is that school turnaround takes time, and it begins with things like stabilizing school culture,” IPS chief portfolio officer Jamie VanDeWalle told Chalkbeat.

The board delayed voting on a five-year extension of the innovation contract for Enlace Academy, a charter school geared toward English-language learners that operates in a district building in northwest Indianapolis.

Superintendent Aleesia Johnson pushed back consideration of the renewal in order to provide more information on the school. On Tuesday, IPS board member Taria Slack had raised questions over a dip in school letter grades and feedback from focus groups of teachers, students, and families.

If the contract is extended, the district plans to start providing transportation funding for Enlace.

Innovation schools run independently while still falling under IPS’s umbrella, with their enrollment and academic results counting toward district totals. But they’re controversial because of their ties to charter operators and because teachers are not part of the district union.

“IPS is seeing success with recognizing innovation as one of the many tools in our toolbox, to make sure we can have all of our schools on a continuous improvement strategy and also offer quality options to families,” VanDeWalle said.

The Phalen renewal marks the first time that IPS has extended an innovation school contract. Last month, it ended an agreement with another innovation partner, Charter Schools USA, after the district raised concerns over dwindling enrollment and high teacher turnover at Emma Donnan Elementary and Middle School. The split set off a battle for Emma Donnan and two other Indianapolis schools that have been under state control for eight years and were seeking charters in order to permanently leave the district.