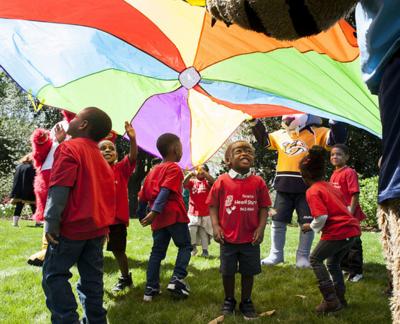 When a landmark study found that children in Tennessee’s pre-K program eventually fared worse than peers who didn’t participate, the surprising results unleashed a new wave of research to understand why.

Now the latest examination of the same program suggests that the pre-K program may not be the culprit. Rather, it’s what those students experience in kindergarten, first, second, and third grade that helps determine whether early academic gains will continue or flicker out.

The early findings, released last month by the Annenberg Institute at Brown University, says pre-K students maintained their advances in math and reading through at least the third grade if exposed in the early grades to highly effective teachers and a high-quality school.

Conversely, pre-K benefits wore off if participants went on to classes with ineffective teachers, in low-quality schools, or both — with preschool graduates eventually faring even worse than their peers who didn’t attend pre-K.

The study adds to emerging literature showing that pre-K is not a cure-all to later factors like poor instruction and a poor learning environment, said Dale Farran, a Vanderbilt University professor involved with both studies.

“We can’t depend upon pre-K to cure a K-12 system that’s not working for poor families,” she said on Thursday. “We can’t put the blame on children who are placed in low performing schools and then just say that they weren’t ready. If we really care about children from low-income families and the schools that serve them, we’ve got to take a bigger view.”

Farran and her Vanderbilt colleague, Mark Lipsey, stunned pre-K advocates — and buoyed pre-K skeptics — when they released the results of their five-year study in 2015 that contradicted conventional wisdom about the power of pre-K. That study, funded by the U.S. Department of Education, was the first to thoroughly investigate the effects of state-funded pre-K programs, which remain popular to policymakers seeking to address the gap in learning between economically disadvantaged students and their more affluent peers.

Both Farran and Lipsey were surprised by their “fadeout” findings, which garnered national attention, but cautioned policymakers at the time not to abandon pre-K as they promised more studies to look closer at the data.

That data is the basis for the latest research led by a former Vanderbilt student, Francis Pearman II, now at Stanford University.

Pearman’s findings have implications for the ongoing debate about early education in Tennessee, which in recent years has sought to improve the quality of its pre-K program — and fended off several legislative proposals to cut it back.

“It validates the value of Tennessee’s Voluntary Pre-K Program,” said Mike Carpenter, executive director of Tennesseans for Quality Early Education. “Since the beginning, we’ve said pre-K is not an inoculation against subsequent poor instruction or other environmental factors later on.”

The findings add to a growing body of evidence about the importance of sustaining high-quality learning environments for pre-K graduates, as well as all students.

For example, 2017 research through the National Bureau of Economic Research found that students benefit from access to both early childhood education and well-funded schools.

The Annenberg study also underscores educational equities that plague students across Tennessee and most of America.

Out of Tennessee’s 3,025 pre-K graduates in the Vanderbilt study’s control group, only 12 percent went on to attend a high-quality school between kindergarten and third grade and had one or more highly effective teachers during these years, based on Tennessee’s academic growth model for evaluating teachers and schools.

It’s “encouraging that high-quality learning environments after pre-K can possibly sustain pre-K effects,” the latest study says, “but sobering that business as usual results in so few low-income children being exposed to such conditions.”

Carpenter hopes the study continues to draw attention not only to early education quality and alignment but to inequalities across Tennessee public schools.

“Poor kids are more likely to be in schools that are lower performing and more likely to have a teacher that’s less effective. So how do we level the playing field?” he asked. “It’s not so much about scaling up the program as it is about leveling out and putting the right resources into our schools to serve disadvantaged kids.”

Researchers with another Vanderbilt study, funded by the Gates Foundation and launching this month in cooperation with the state education department and Tennessee Education Research Alliance, will visit 100 early classrooms in 25 elementary schools to identify best practices and look for better ways to align early curriculum and instruction.

“We know surprisingly little about the connections among the experiences children have across the early grades of school,” Caroline Christopher, who is leading the work, told Chalkbeat earlier this year.