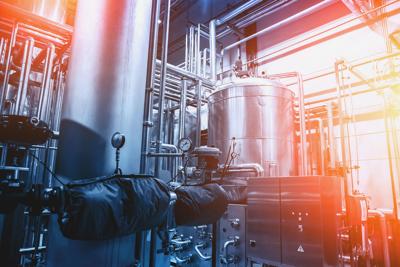 This year the July 1 celebration is virtual,  starting at 7 p.m., as an hour-long tour “Around Indy to some of our favorite Indiana Independent Venue Alliance venues to showcase performances by artists that have performed at previous [Sun King] parties,” reads the media notice.

Johan the Barleywine, the first beer brewed at Sun King, and the first barrel-aged beer they released, also makes its annual come back.  It will be sold as an open online beer lottery July 10 at 12 noon, through SKB’s partners CraftCellr.com where you can sign up.

Sun King announced its newest taproom and small-batch brewery is in partnership with Amanda Lewton of Kokomo Brewing Company and her team, previously operating as Tin Man Kokomo at Tin Man Kokomo Brewing.  As of July 1, “The Kokomo team will continue to brew small-batch beers in-house and will carry your favorite Sun King Year-Round, Seasonal, Sun King King's Reserve beers and other unique brews hailing from our Fishers and Indianapolis breweries,” according to the news release.

Guggman Haus Brewing Company is celebrating their postponed one year anniversary on  August 1, noon-10 p.m. with “special beer tappings, live music and tasty food, as long as Indiana continues to reopen safely,” emailed  Courtney Guggenberger, co-founder and director of marketing, promising “More details will be shared as we get closer.”

The other question I asked in a reach-out email to Guggenberger was how the newest street developments would be affecting the brewpub. “We've been following the 16Tech development and the new street will be a great connection between the north and south side of the 16Tech and as an entryway into Riverside,” she assured. “We're excited that Gent will now be more of a namesake street since we are on it.”

Guggman Haus is one of the breweries that has stayed open throughout the COVID-19 sequestering. Guggenberger reported,  “When the shutdown started in mid-March, we immediately went to a to-go model with mobile ordering on our website and curbside pickup. We initially only offered growlers and bullets, but we had been working on our can designs for several months and they were ready within a few weeks of closing the taproom. We started manually canning our core beers and specialties at the beginning of April, and truly enjoyed being able to bring people a little joy through the uncertain time of the shutdown, with the motto ‘From our Haus to Your House’.

“We were able to grow our customer base through canning and curbside pickup,” wrote Guggman. “Our little Haus has fared well, and we realize how fortunate we've been to have a business model that allows us to be nimble and flexible. “

Starting early June, Guggman Haus opened their beer garden with outside seating only and mobile ordering from tables. “But we also offer bar service, with safety guidelines, for those that want a personal experience. We will start our give back nights in July, with some proceeds from each beer sold for that night donated to   Groundwork Indy. They employ neighborhood youth to learn life skills through outside activity. Their chickens sometimes feed on our spent grain, and they also are growing hops.”

Along with over 900 breweries nationwide,  Guggman Haus is participating in the Black is Beautiful initiative started by Weathered Souls Brewing.  “The mid-July release, a Stout, will be a pairing with a Black-women-owned bakery," said Guggenberger. "Proceeds from the beer are going to a Riverside chapter of the SIMSA/SIMBA organization. It fosters a Community created for listening, teaching, and responding to the needs of our Youth,”

And what about the long-awaited construction on the main building (the former Boyle Racing HQ)?

“That’s supposed to start in July,”  affirms Guggenberger. “We are getting closer [to our original plans].”

Metazoa Brewing Co. announced another annual July 4th “Pet-friendly, relaxing day of craft beer, tasty barbecue, ice cream, yard games, and tailgating to celebrating Independence Day, with this notice:  “We will only be using single-serve plastic on the day of the event and will NOT be filling flight orders or growlers/bullets that day to expedite service.”

The Beer Garden alongside the Madeline F. Elder Greenhouse at Newfields is open for its third season with rotating taps, including Among the Leaves Saison, a custom brew from Sun King Brewing Co.; along with Guggman Haus Winner’s Jug Milk Stout, Triton’s Apricot Phantom Gose, Metazoa’s Nap in the Hammock Cream Ale, Indiana City’s Parachuting Pigs DDH Hazy IPA, and Ash&Elm's Dry Cider. New this year is Bavarian Style Pretzels from Literhouse, along with shareable cheese, charcuterie and veggie boards.

The sixth annual RAD Christmas In July Beer Fest is set for July 25, noon - 6 p.m.  Once again the invite to the free-to-attend event announces the release of a variety of specialty and barrel-aged versions of their epic Russian Imperial Stout, with half-pints of all varieties on tap for purchase.

“Guests also can choose to purchase a $20 tasting package that includes a commemorative glass, (4) three-ounce pours of a variety of the 2019 specialty Pinkos and barrel-aged line-up, and a complimentary half-pint of your choice.”

Whatever the weather, you’re urged to wear your ugliest holiday sweater.

Social distancing guidelines are in place everywhere. Plan to wear a mask when you’re not eating and drinking, and definitely do not venture anyplace if you’re not feeling well for any reason.