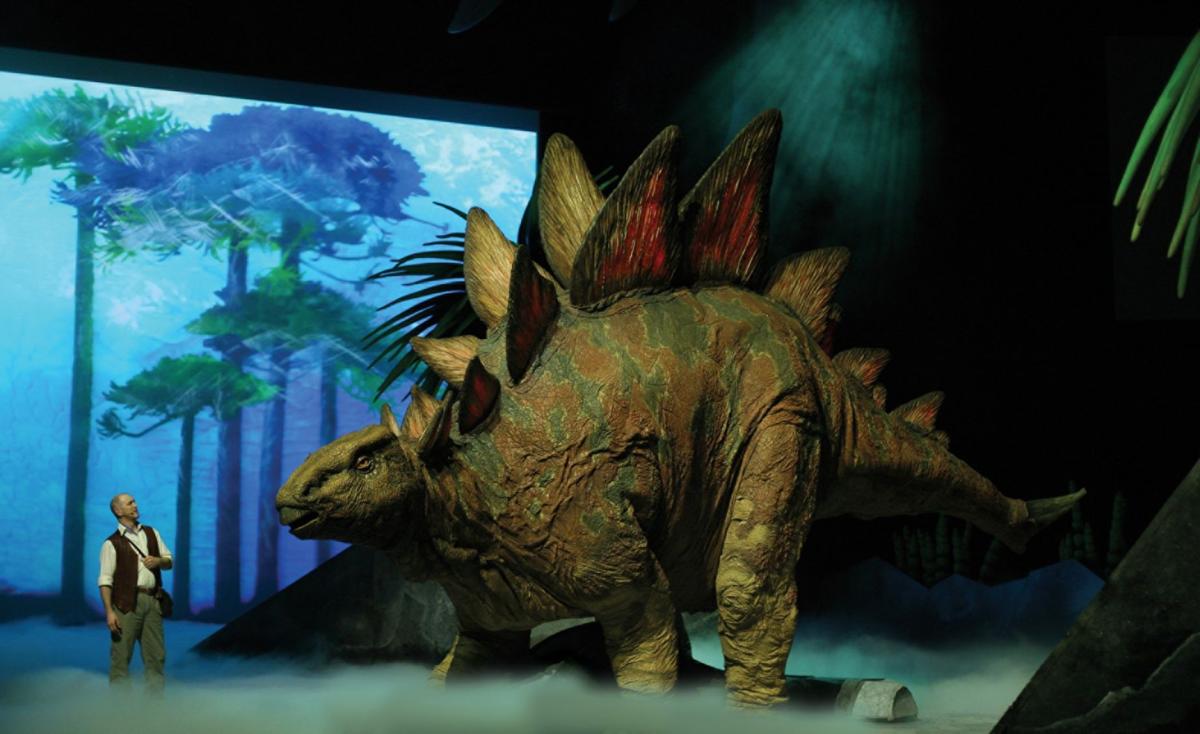 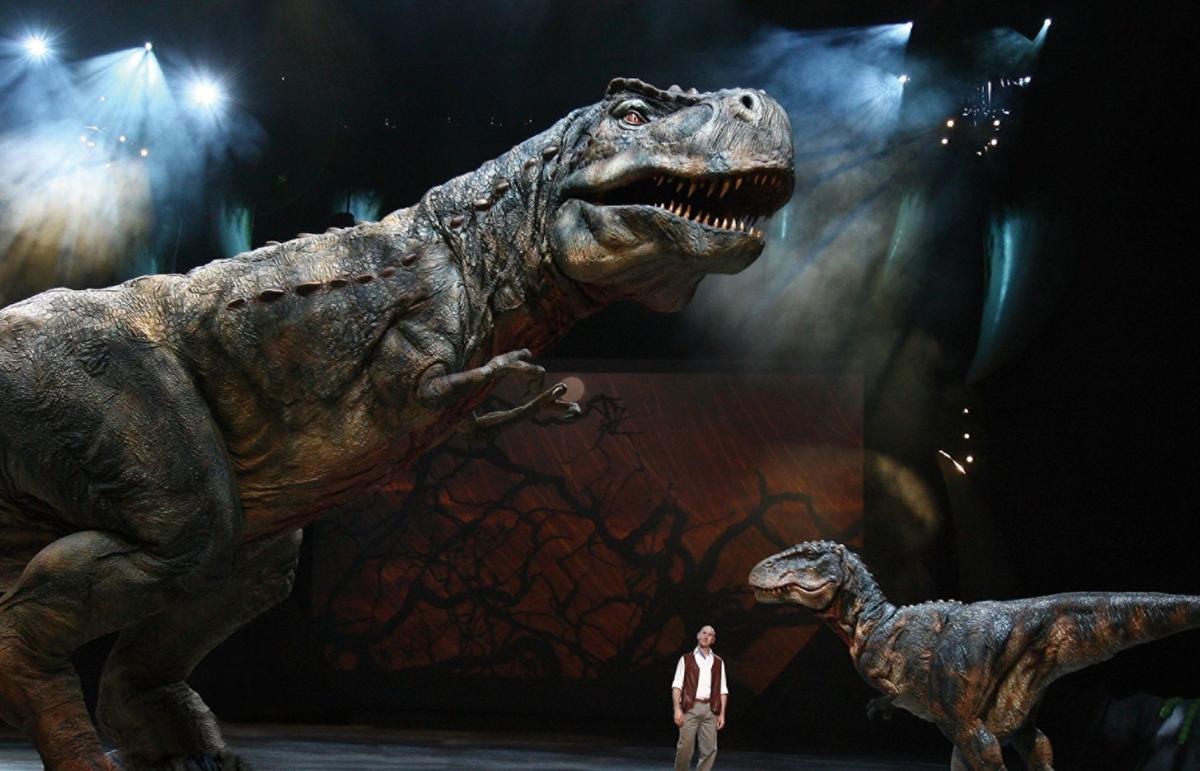 "Walking with Dinosaurs -- The Arena Spectacular" is a theatrical arena show based on the award-winning BBC television series. The North American tour is presented by The Creature Production Company, headed by CEO Carmen Pavlovic. Pavlovic said, "The BBC Series was a brilliant blend of special effects, escapism, excitement and information. Our show brings together all of that, plus something extra: It's live! In this production, 15 roaring, snarling 'live' dinosaurs mesmerize the audience -- and are as awe-inspiring as when they first walked on earth."

Ten species are represented from the entire 200-million-year reign of the dinosaurs, including the Tyrannosaurus Rex. The largest of them, the Brachiosaurus is 36 feet tall and 56 feet from nose to tail. It took a team of 50 -- including engineers, fabricators, skin makers, artists and painters and animatronic experts -- a year to build the original production.

The show depicts the dinosaurs' evolution and eventual demise. See the history of the world played out with the splitting of the Earth's continents, and the transition from the arid desert of the Triassic period to the lush green prairies and forces of the later Jurassic. Variety wrote of the show, "The dinosaurs are stunning, life-size and faultlessly nimble. In Act 1, the beasts parade into the arena gnashing and cavorting as a safari-suited paleontologist describes their attributes ... in the second half, the action cranks up, culminating in a spectacular clash as a T-Rex mom defends her baby from predators. Sonny Tilders' triumphant creature design ensures 'Walking With Dinosaurs' is a truly spectacular spectacle. It is everything a dino-phile could want." Tilders was one of the lead animatronic engineers for Jim Henson's Creature workshop on the Farscape series, and worked on Star Wars: Episode III -- Revenge of the Sith, Peter Pan, Ghost Rider and The Chronicles of Narnia.