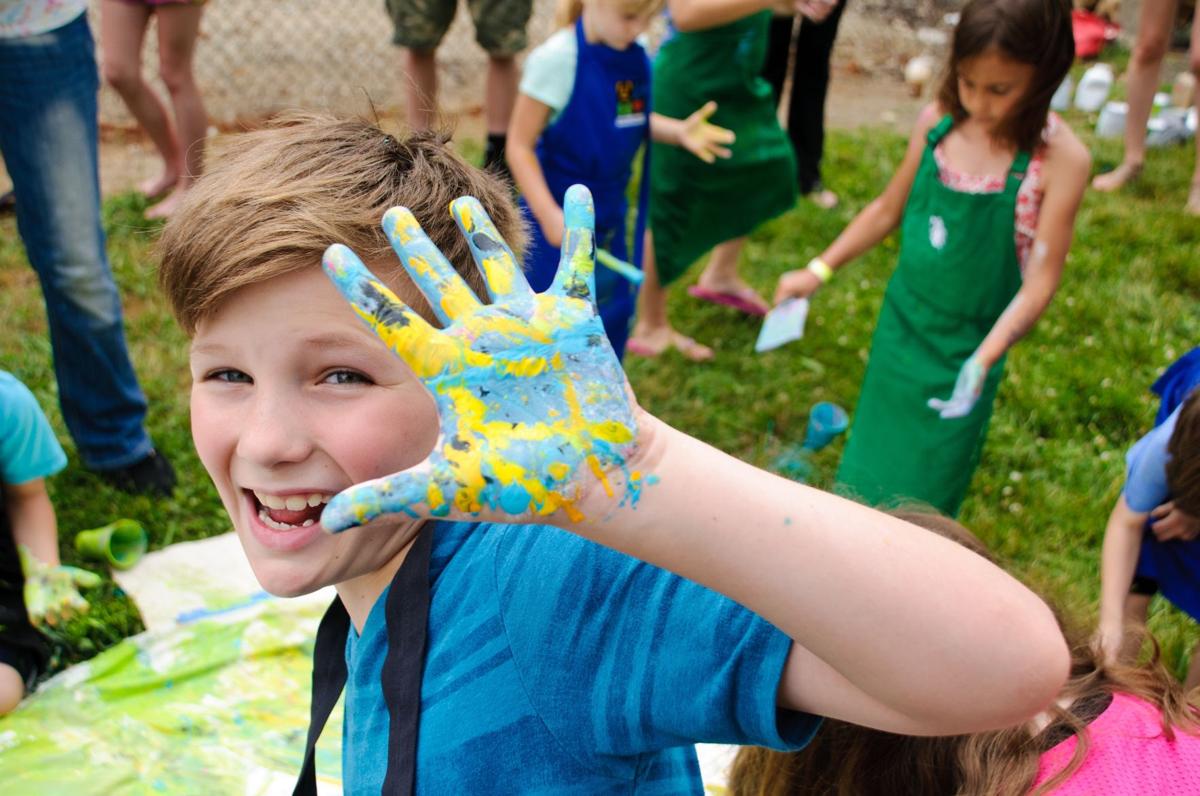 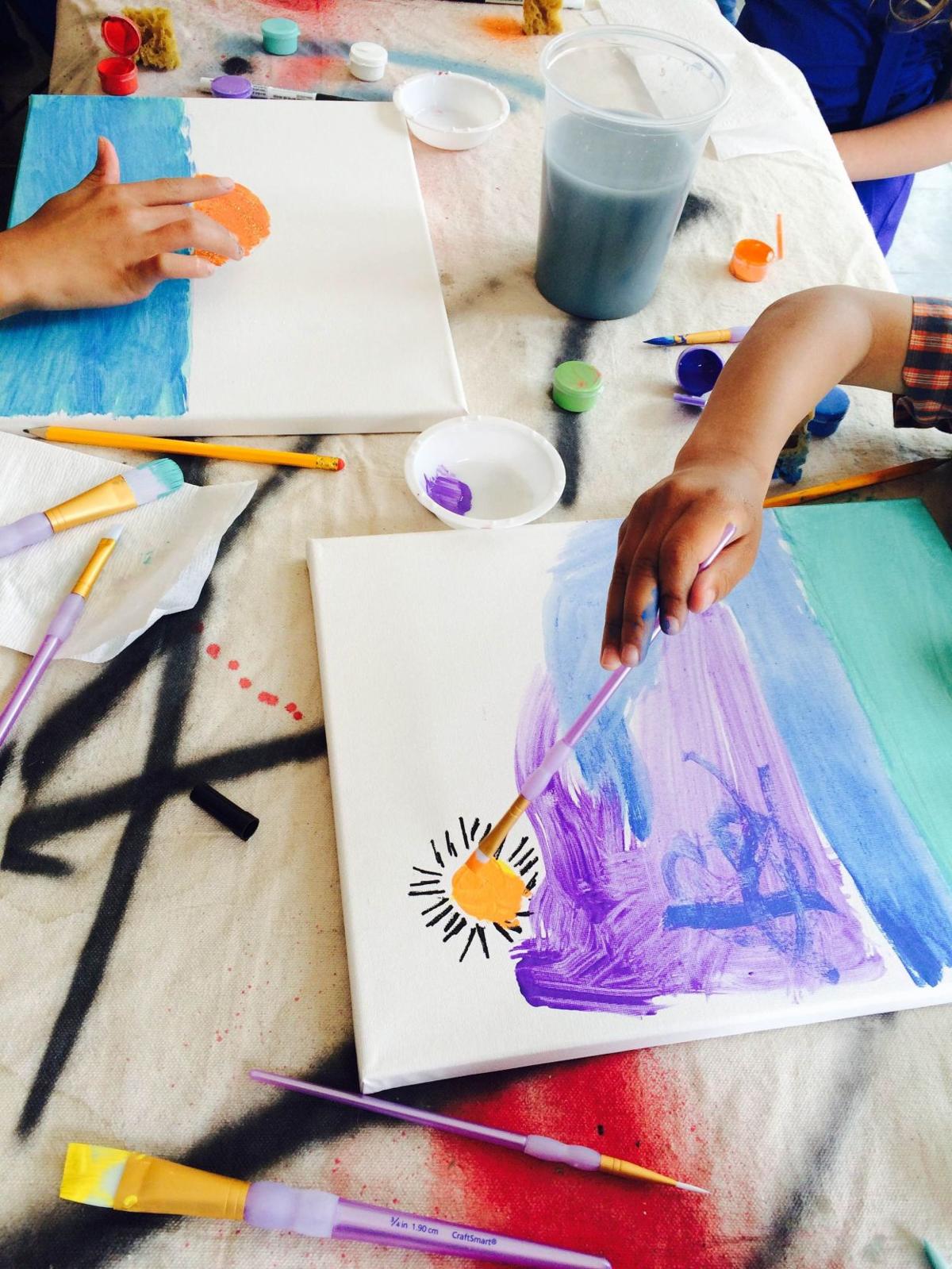 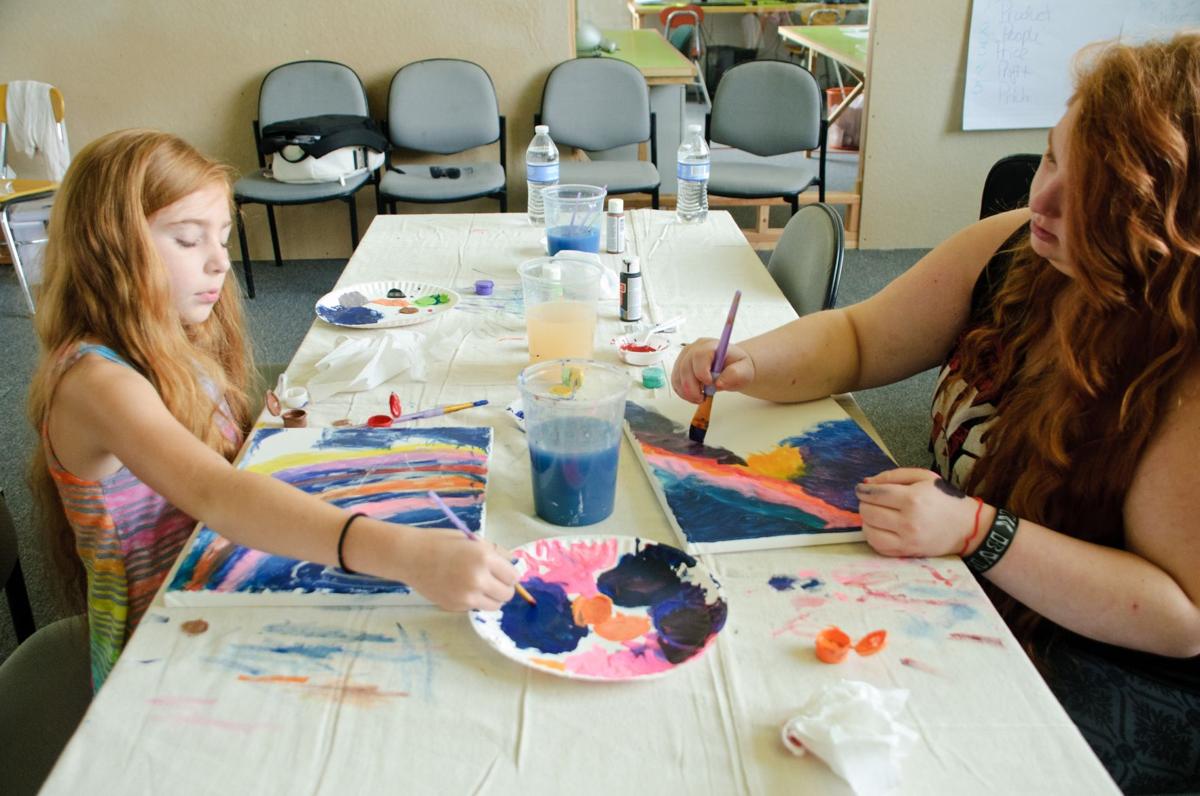 For many years, Indianapolis photographer Sarah Boutwell was content with pursuing her own artistic endeavors in the city. One day, however, she decided it was time to really make a bigger difference.

"I was at a point in my life where I was either going to move out of Indiana or I needed to do something here that was important and really helped kids in the community," she remembers.

It was this personal ultimatum that led to the start of Re-Generation Indy. Started in May 2015, Re-Generation Indy is a group of local artists that strives to spread creativity to all generations through leading affordable art workshops and hosting youth art shows. From drawing classes to graffiti workshops, Re-Generation Indy asks volunteer artists to share their knowledge with kids ages 3 to 20, only charging families $5 every time they enroll their child in a class.

"The whole point of us doing this is to be able to reach everyone," Boutwell says. "Hopefully we can reach anyone in any income bracket, anyone in any circumstance."

After deciding to pursue Re-Generation Indy, Boutwell began reaching out to fellow artists for help with teaching workshops, only to be pleasantly surprised by how receptive her peers were to helping out.

"It absolutely blew my mind that there was that much support from the get-go from these local artists that were just willing to come to meetings and plan the workshop sessions and figure out how we were going to get the word out to the kids," Boutwell says. "Everybody just jumped right on board, and it became a family."

Illustrator Amanda Keller is one local artist that's been by Boutwell's side since the early days of Re-Generation Indy. Recently named the "Best local visual 2-D artist" in NUVO's 2016 "Best of Indy" awards, Keller admits she never had anything like Re-Generation Indy in her life as a youngster. "I was always drawing on everything [as a kid], but I really didn't seriously pick up drawing until college," Keller says. "I would've loved to have had something like this. Just to have had that outlet would've been awesome." It's this opportunity for personal growth as an artist that is ultimately at the heart of Re-Generation Indy, according to Boutwell.

"My biggest goal at this point is to show the next generation that being an artist here in this community is something that's viable," Boutwell says. "You don't have to go to New York or L.A. to become an artist or a dancer or whatever it may be. You just have to know what makes you tick and figure out how you can work that into your daily routine."

Brittney France is one of many "next generation" artists that's been greatly impacted by Re-Generation Indy. After hearing about the workshops through her mother Missy, Brittney decided to see what she was "capable of doing" with her art while also attempting to meet new people that shared her same goals and interests.

"The first time I met Re-Generation Indy, I was welcomed with a huge hug from Sarah Boutwell," remembers the 17-year-old. "They made me feel confident in myself and my art, so I figured why not go for it."

In particular, Brittney remembers taking part in workshops about melting crayons on a canvas, painting sunsets and oceans and more. Through these explorations, she certainly gained a lot too. "Re-Generation Indy made me a better artist by showing me skills on how to make my paintings and drawings have more depth and life," she says. "They showed me how to be a better artist by telling me to always be myself and to be confident in my work, which in turn made me a better person." Although she and her family have since relocated to Virginia, Brittney still plans to pursue art further, thanks to her experiences with Re-Generation Indy.

"I've been looking into Virginia Commonwealth University's painting and printmaking programs for the future," Brittney says. "And as of right now, I've been applying to local art stores to get my name out there and looking into ways to sell my art online."

In looking towards the future of Re-Generation Indy, Boutwell hopes to break down even more barriers for young and aspiring artists. "My next goal is to figure out how I can reach kids who genuinely can't afford that $5 or who genuinely don't have a ride to workshops," she says. By doing this, her hope is that even more Indy youths can grow into being successful artists in the future.