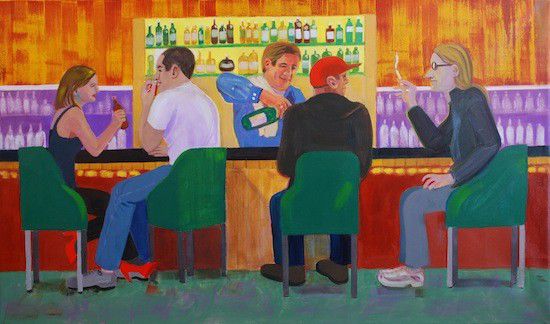 "Shelter from the Night," Ellie Siskind 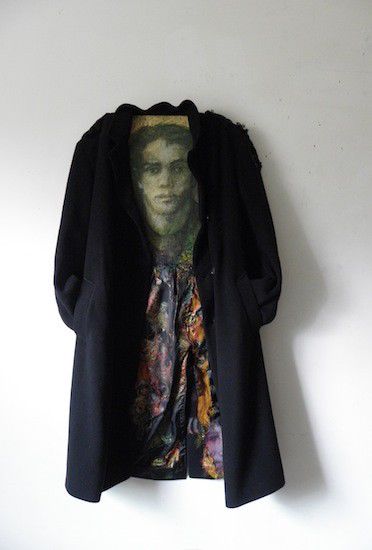 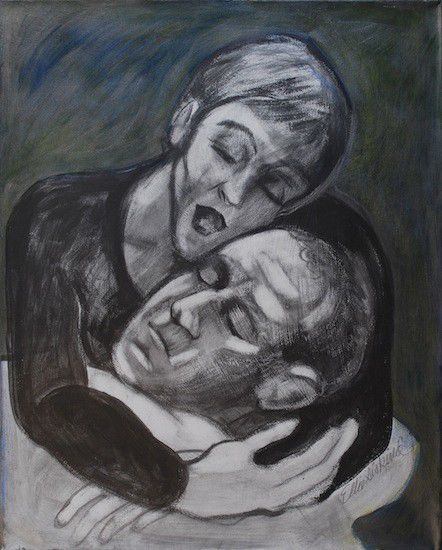 "Shelter from the Night," Ellie Siskind

In a statement for their upcoming show, Seeking Shelters, Ellie Siskind and Sofiya Inger write, “When walls fail, we make art, our last line of defense, pulled from within. We shape our own worlds, harmonious and light, in a great, big canopy of color.”

When you step inside this “canopy” March 2 at Gallery 924, you may find yourself provoked or you might find solace. But it's a safe bet you won't be bored, and you may find yourself surprised by the similarities between Inger and Siskind's work, separated as the two artists are by generations and political experience: Siskind was born in Chicago in 1933; Inger, in the Northern Russia city of Kirov, in 1960. But both know what it's like to feel adrift, without a home.

“The idea hatched organically,” Inger says of the collaborative show. “I had this idea of trying to find a safe place from when you are little when you have your parents protecting you. You have this idea of a safe haven within the family or within the town or your friends or your country or world. But they’re not necessarily real places because real places can be very unsafe. Safe places fail you, including maybe over time your own body. You just have to find something and that can be your own created reality that you make. Artists are the best ones to do that.”

The subjects of their paintings seek shelter in many ways: at the stool of a local bar, in the arms of a loved one or on a foreign country’s shores.

“We had a certain story going on with this joint exhibit and then we both felt that we would be a good match,” says Inger, who teaches at the Indianapolis Art Center. “It’s not because our styles are similar but because we feel similar things about people in the world.”

Inger and her family immigrated to the United States, as Jewish refugees seeking shelter, in 1991.

“I remember getting out, walking out on the streets of New York, and thinking ‘They have pigeons and sparrows here, exactly the same like we have,” she says. “So it was just a real surprise.”

They came to Indianapolis in 1994. While this transition was difficult, it wasn’t nearly as hard as leaving her hometown of Kirov earlier in her life.

“In Kirov,” she says, “I had all my friends and the community and people that I knew and loved. But it happened after my dad died. So we had to find some relatives, family to be together because just my mom, my sister, and myself were left.”

Inger found that she had an artist’s eye early on. Even in school she was observing people — how they behaved, moved, and interacted with one another. And in college she developed something of an artist’s attitude.

“My dad had an old black coat,” says Inger. “I have a picture of myself and my sister standing in the backyard and he’s right next to us in that coat. I remember it because I used to wear it after I went to college. So that was my artist’s statement: I had a big man’s black overcoat and I was wearing it with pride and I had a beret and boots and a coat with big buttons. But it was my dad’s and he was the person that was always my protector. It was my home, that coat.”

A recent mixed-media work, “Coat,” channels this history, starting from a coat Inger bought at a recent fundraiser, which opens up to a mixed-media portrait of her father as a young bachelor. Below the portrait, you see Chagall-esque fantastical images of flowering plants and people painted directly on the coat lining. The piece addresses ideas such as rootedness and transplantation, which come up often throughout Inger's work.

There’s an unflinching, documentary quality to much of Ellie Siskind's work, with her interest in the good, the bad and the ugly in American life. Her subjects have included Klansmen and serial killers, homeless couples and accomplished artists.

Occasionally, she’ll choose a more personal subject, such as in the paint study, “Song of Solace.” It’s a portrait in graphite acrylic, composed entirely from memory, of Siskind singing a song to her husband shortly before he died.

Siskind spent much of her childhood in transit. “We lived in twenty-one different houses and places,” she says. “I went to a different school every year because my father was a businessman who travelled to other cities … We had no place to feel safe. We were always in a new place. I didn’t know what the rules were.”

Art eventually provided some structure: After noticing that she liked to draw, her parents encouraged her and supported her by supplying her with materials and enrolling her in classes. By fifth grade, her family eventually settled down in Wichita, where the flat landscape helped shape her sense of perspective. After high school, she stayed in the region to study at the prestigious Kansas City Art Institute.

“I spent literally hours and hours riding my horse across the plains of Kansas, and that’s really a wonderful way to learn to see because you notice every tree,” says Siskind. “A tree is an event in Kansas, okay?”

A hallmark of Siskind’s style is to emphasize the tree, as it were, rather than the plain behind it. One recent piece, “Shelter from the Night,” puts that sensibility in practice, with the way it casts the spotlight on four patrons and a bartender at Dorman Street Saloon. The environment of the bar is evoked but not entirely filled in; the labels on the bottles are blank, for instance. The focus of the piece is on faces, gestures and the way in which her subjects interact.

“I began this painting thinking of how people go to bars in order to feel like they have comfort in order to have company, even if they don’t even know the people,” says Siskind. “Just sitting in a bar being part of what’s going on.”

Now retired from instructing at the Indianapolis Art Center, Siskind lives with her dog and two cats. At age 77, she continues to paint. She plans on being productive as long as she can.

Gallery 924 at the Arts Council