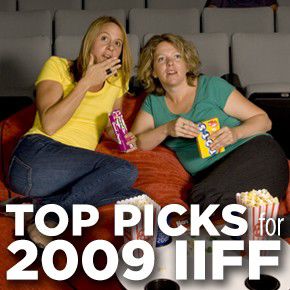 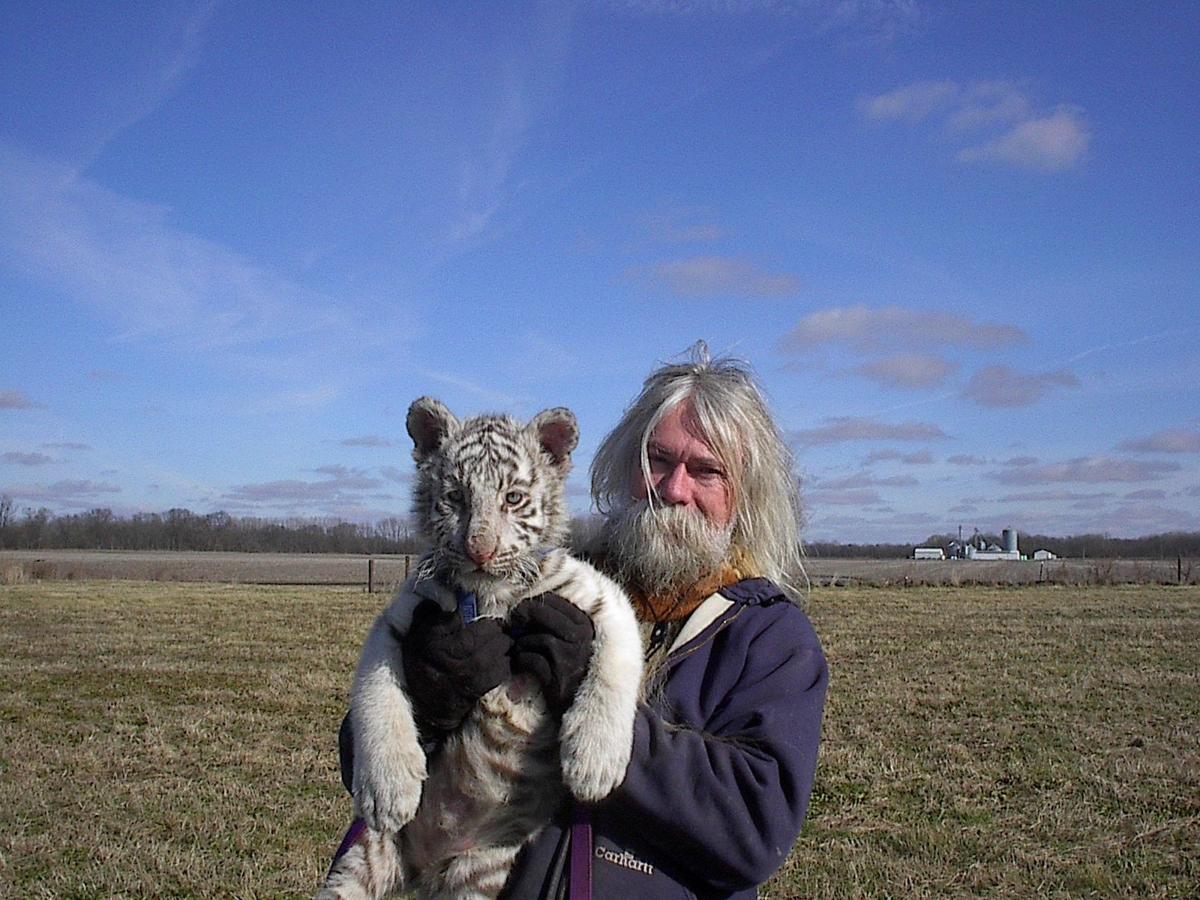 This year's Indianapolis International Film Festival features more than 100 films from 20 countries screening over a 10-day period. NUVO got an advance look at the 30 feature films being presented and, while they are all good, we've picked our favorites. Here's our choices for the best of the bunch, including the top picks by NUVO editors Scott Shoger, Laura McPhee and David Hoppe.

You can also read more about the festival here: http://www.nuvo.net/entertainment/article/indianapolis-international-film-festival-begins-today

The Tiger Next Door (87 minutes)

Scraggly biker dude Dennis Hill had been raising wild animals in his Flat Rock, Ind., backyard for over 15 years when the Indiana Department of Natural Resources showed up for a surprise visit. They found plenty of infractions - standing water, unlocked cages - and ordered Hill to winnow his coterie of 24 tigers, three bears, six leopards and a cougar down to just three animals. The Tiger Next Door follows Hill during his quest to find his animals what he deems a good home.

Director Camilla Calamandrei gives ample screen time to several concerned parties besides Hill: the DNR, Exotic Feline Rescue Center Director Joe Taft (who, after taking in some of Hill's tigers, confronts Hill about his neglectfulness in an emotionally charged scene late in the film), Hill's neighbors, Hill's family. But by the close of the film, Calamandrei can't conceal her outrage at the practice of breeding, running a montage of news photos of dead and abused tigers found across the country as an extrapolation of Hill's own efforts at breeding the lucrative and rare solid white tiger.

The viewer might be similarly outraged after seeing instances when Hill, a convicted felon who begins to seem dangerously negligent, puts his community in danger. But Hill isn't solely responsible or unique, and Calamandrei suggests that the DNR might also be blamed for failing to adequately enforce guidelines (not to mention those who create a market for tigers -- dead or alive -- in the first place).

It's a must-see, as a detailed character study and piece of vigilant reportage. Calamandrei, Hill and Taft will attend the U.S. premiere screening at this year's Indianapolis International Film Festival, July 20 at 7 p.m.

Original. Creative. Quirky. Brilliant. And animation? Yep -- the best of this year's international film offerings is an original, creative, quirky and brilliant piece of animation by Nina Paley based upon the ancient Indian epic poem the "Ramayana," particularly the failed relationship between Sita and Rama, as a means of interpreting a 20th century American couple going through their own breakup. Using primarily her laptop and Flash, Paley brings together collage, shadow puppets, Hindu iconography and 1920s jazz music of Annette Hanshaw for a rare mix of raw talent and inspired genius. Don't miss this one.

This documentary by Marshall Curry takes an intimate look at three kids, ages 11 to 13, who aspire to one day be NASCAR drivers. The film follows two boys and a girl through a World Kart Association season, which also happens to be a moment in their lives when they make the transition from being children to adolescents. The racing sequences are truly exciting, but what really makes this film compelling is Curry's ability to capture unguarded, often poignant moments shared by the kids and their parents. Terrific.

Also at the IIFF

In an Italian adaptation of Waiting for Godot, Vladimir and Estragon are renamed Freak and Jaja, and spend much of their time waiting for both Godot and a hoverbus that never stops, mirthlessly dancing to cheesy Euro-disco straight out of Sprockets and wandering through a desert landscape populated by characters like an overweight Adam (and Eve) and a miniature-guitar wailing oracle. While there are moments of absurdist fun, the film's repetition and starkness aren't balanced by complexity and invention as they are in Beckett's work, and unlike Godot, this one gets a little boring when the duo repeat the same lines for the third and fourth time.

A child actor in the ingeniously demented, lost-in-translation 1989 fantasy film Troll 2 reconnects with former cast members and the film's tiny fan base, smartly effacing himself as he explores the lives of his co-workers. Among them are a wisecracking small-town dentist, his father in the film, who revels in the resurgent attention; a gnomic depressive who played a goblin shopkeeper, drawn out of seclusion for a screening; and the unrepentant Italian director dismayed to see people laughing at both intentionally funny and "serious" parts of his film. A hoot for fans of "bad" films that surpasses the typical making-of doc.

This low-key Korean road movie may be a bit long and its crossed paths contrived, but there are visual pleasures and a few laughs in watching its main character - a recent college graduate who remains a cipher, controlled by outside forces - wander cluelessly through a widescreen rural landscape, encountering hostile characters but never seeming to be in serious danger. The hapless city mouse learns few lessons about the world beyond, maybe, don't spend a night with a trucker who picks you up in your underwear, and don't drink a thick sludge your newfound gangster friend says is vitamin C.

Two men and one woman display their love for leading other players through Dungeons and Dragons, the highly popular but highly nerdy board game where players are encouraged to create characters and join a quest. While this documentary isn't likely to shatter any stereotypes other than the one saying that Dungeons and Dragons players will likely die virgins, it still provides an interesting look into a subculture that many have probably never attempted to understand.

An honest and unsentimental portrait of three teenagers born into Cairo's garbage village, a ghetto where nearly 60,000 freelance garbage collectors live and work, or at least did, before multinational corporations took over the bulk of waste collection in the city. What could have been an exploitative slog through the shit turns out to be a surprisingly complex story: Two of the teenagers get the chance to visit England to learn about recycling, but whether they will have a chance to implement what they've learned is doubtful; the garbage workers previously recycled 80 percent of the garbage they collected, and they hope to edge back into the business by collecting recycling, but have to convince those using the new multinationals to separate out their trash.

Fifty minutes doesn't seem like nearly enough time to get to know the Dervaes family and investigate the workings of their Pasadena, Calif., homestead, but maybe the incompleteness of this short doc is a virtue -- instead of watching the family (a divorced father and his three adult children) work an organic farm on a tiny plot of urban land and strive to live a sustainable lifestyle, one might be tempted to replicate their actions. A well-constructed, informative portrait of an unconventional, self-supporting family.

Film festival meta-fiction in the form of a documentary. Official Rejection follows one group of filmmakers through their attempts to have their film seen by as many people as possible in hopes of having it picked up by a major studio. When Sundance rejects their film, the group embarks on a cross-country tour of smaller film fests. Commentary from the filmmakers such as Kevin Smith as well as industry insiders is funny and often lampoons film festival practices. A great film for anyone interested in how a small, independent film gets big.

Focusing on a typical dysfunctional American family right before Thanksgiving in the late 1980s, the film presents a comedic take on how the family deals with the news that the two parents have decided to divorce. The story centers around how the three grown children cope and how the parents try to keep the family together for the holidays. The visuals and some of the comedic delivery seem reminiscent of Napoleon Dynamite, but unlike that film, the characters are more believable and the drama more realistic.

Showbiz Pizza long ago transitioned to Chuck E. Cheeses, a re-branding that eventually eliminated the venue's stage show, a performance by the animatronic band The Rock-afire Explosion. But a few diehard fans haven't forgotten, including one who purchased a remaining show and reprogrammed the robots to perform to the latest hits, posting the results to YouTube. This video doc contrasts his story with that of the Explosion's creator. Pedestrian production values make this recommended viewing only for those with prior interest; those who want to see how the animatronic sausage is made will relish the opportunity to follow an engineer on a winding tour through his now-shuttered warehouse.

Weaving three interconnecting stories about life in southern Pennsylvania, Route 30 provides distinct slices of life, including one about a Civil War tour guide obsessed with a civilian killed in the Battle of Gettysburg, while her friend tries to begin an Internet porn scheme, one about a few men who consult with a Christian scientist in search of truth and the rediscovery of Bigfoot, and, finally, a story about a writer who seeks out inspiration for a novel and finds it in an Amish neighbor who longs for the recklessness she used to know. If this doesn't capture your interest, nothing else I say will.

An old man persuades three seemingly ne'er-do-well male nurses to spirit him out of the hospital for a cross-country jaunt in search of a rare stamp he says will pay for his funeral. This Italian shaggy dog story has a uniformly likeable cast, some nice comic touches and vivid, often gorgeous cinematography featuring Tuscan locales. An admittedly slight but diverting and warm-hearted piece of entertainment.

A frank and honest documentary that, refreshingly, doesn't feel as if it's pushing an agenda. The film centers on a small group of retirees in Bangor, Maine, who spend their free time in the airport greeting U.S. soldiers. Though it focuses mainly on their efforts to welcome troops coming home and comfort those heading out, the real heart of the story lies in the sensitive exploration of the retirees' lives. High production values and keen direction make it a pleasure visually. The vast majority of the narration of the documentary is in the words of the retirees themselves, which is a nice, delicate touch by the filmmakers.

A light-hearted, but serious film about a love triangle of students living in Moscow during the mid 1970s, focusing on Sergey, a headstrong and meandering young man who can't seem to get his priorities in order. The real joy of the film is watching the actors (many of whom have never acted on screen before) interact with each other in a realistic and natural way. Much like in Good Bye Lenin!, Communism is a backdrop for the action of the story, framing the film rather than being the main subject. Altogether a very engaging and straightforward work of cinema.

A deadpan Bulgarian film noir that follows its stolid protagonist from his release from prison to a hellish night in '60s-era Santa Sofia, Zift offers colorful characters (an inmate whose glass eye tends to pop out when boxing; an aristocrat who hides a diamond in the foot-long appendage of an African statue) and chilly B&W beauty, shot in a style that matches languid master shots with frenetic and flashy Guy Ritchie-esque scenes of crime and violence. Named for the Bulgarian word for asphalt, excrement and black gum, the film just as multidimensionally mixes black humor, the suspense of a heist, existential dread and a little bit of awe into a swift and cool package.