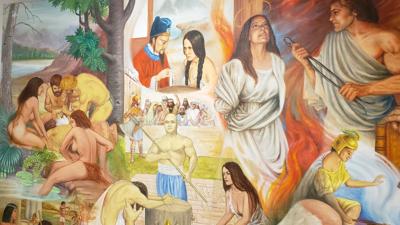 While scrolling through my Facebook feed this morning, I came across a re-post from Shauta Marsh, co-founder and curator at Big Car Collaborative. The subject of the original post, dating from 2011, was the photo of a painting detail. In that work, you see a stone age man getting his tooth extracted. What catches the eye isn't so much this crude surgery but the naked women holding him down.

"Dentistry came before clothing," Marsh wrote in her caption. 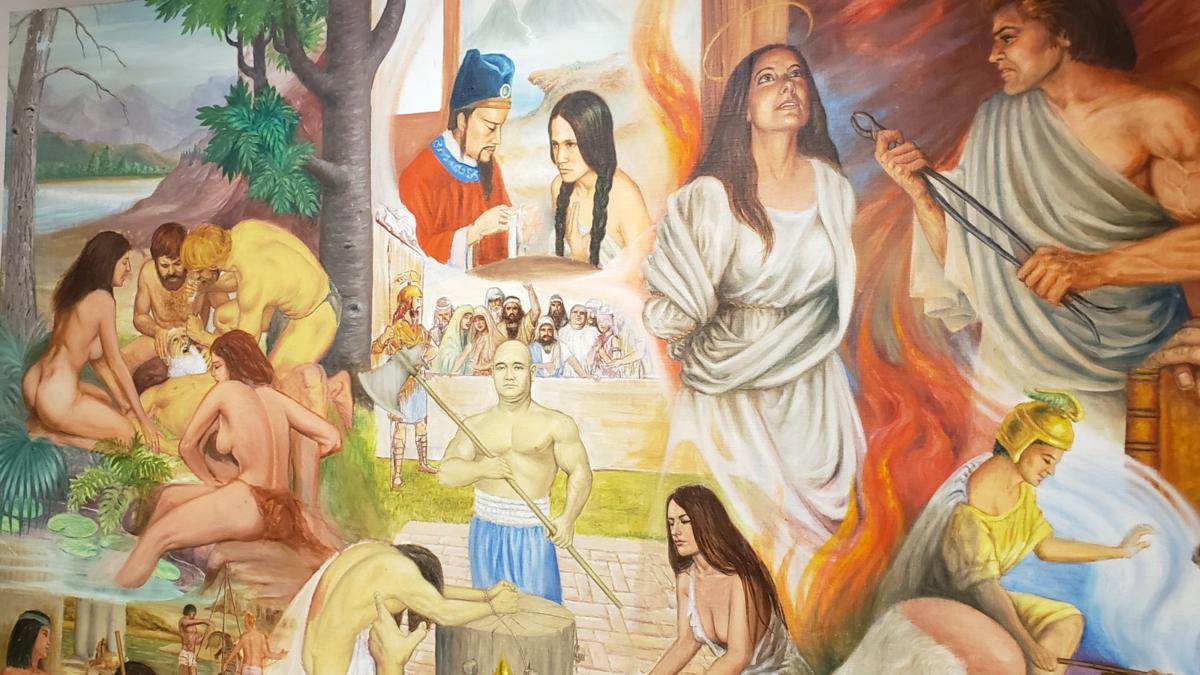 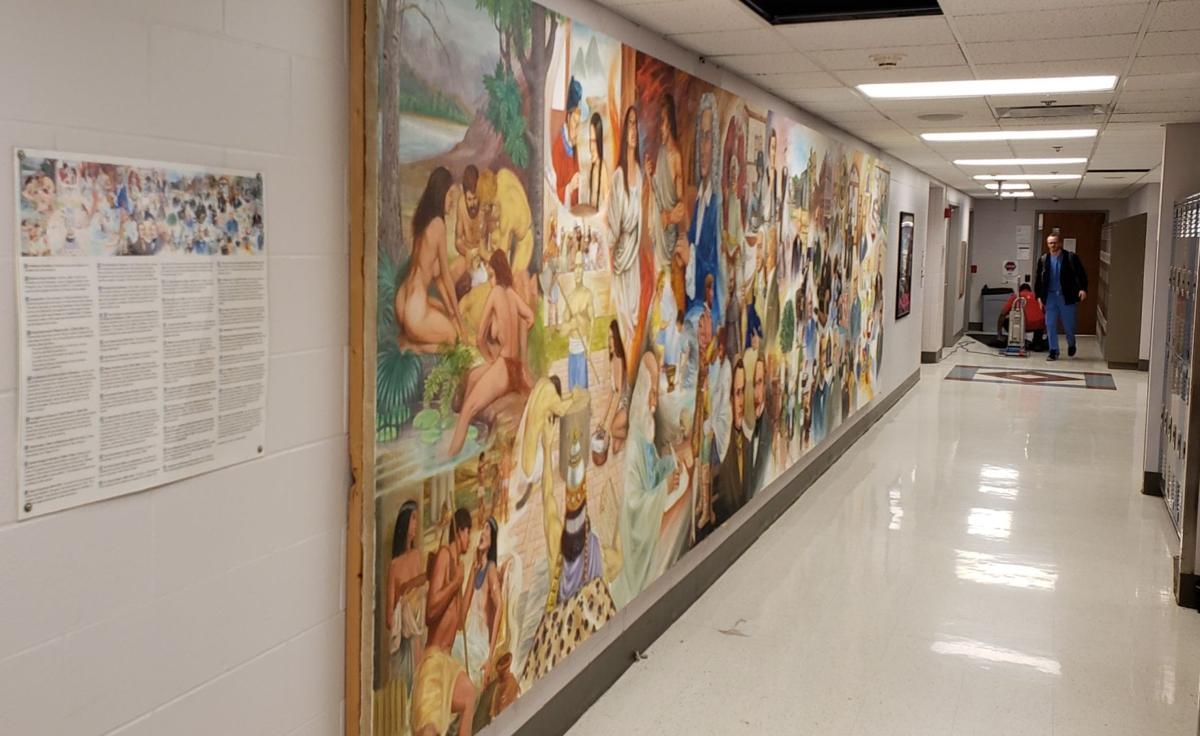 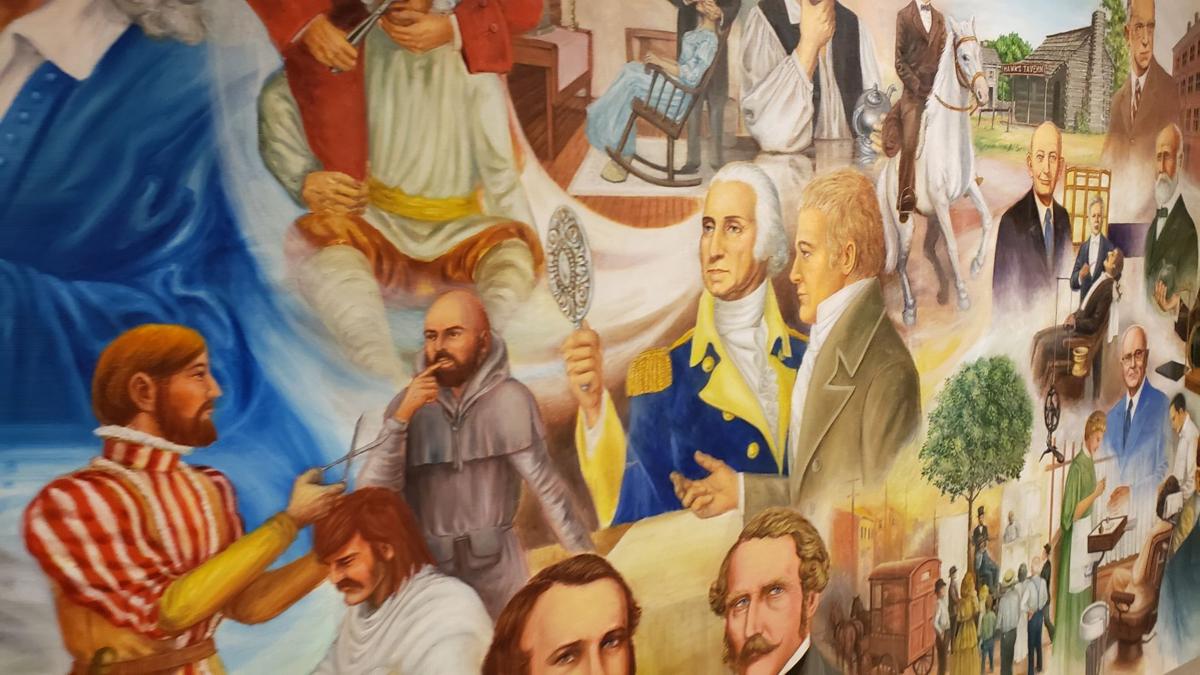 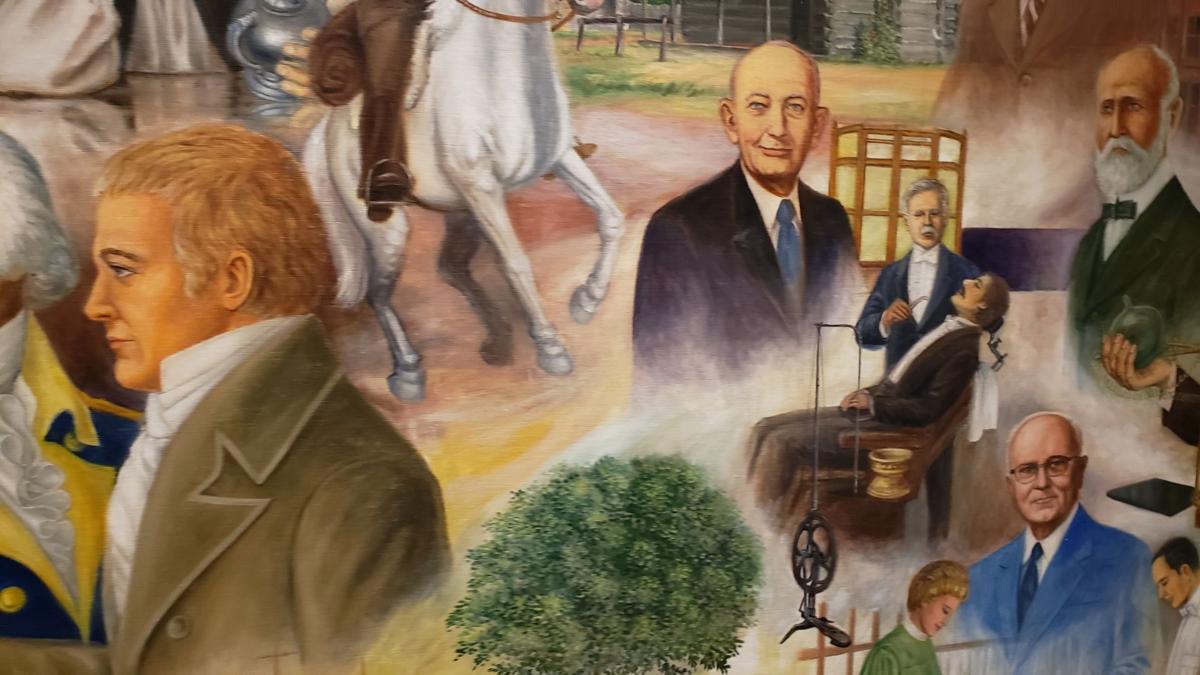 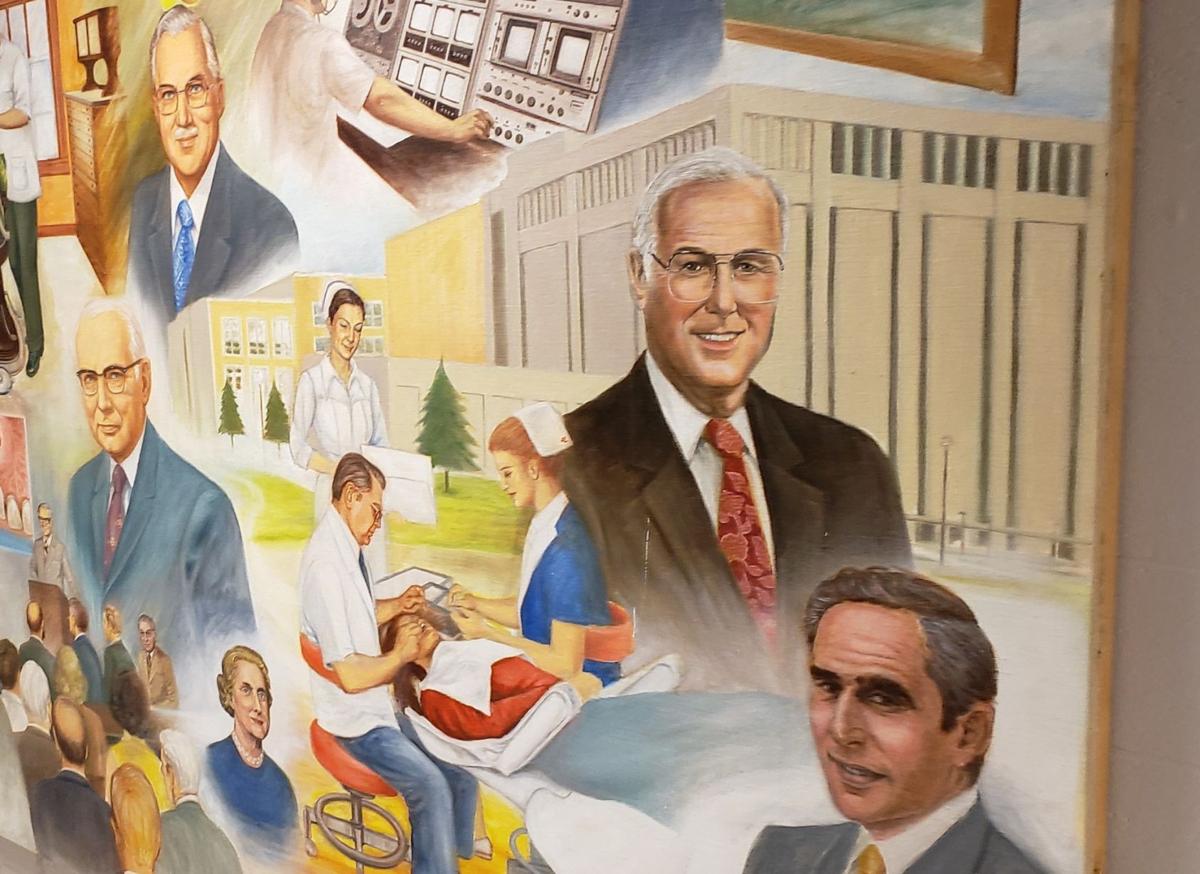 History of dentistry painting by Rolando A. DeCastro (photo collection)

Back in July, 2005, I wrote a short review of this painting for NUVO's "Best of" issue. (I knew about the painting because my former wife often had appointments at the school's dental clinic.)

The review ran under the heading "Best Overlooked Art" back when NUVO was a weighty tabloid with plenty of ads for 1-900 numbers, for escort services, and massage parlors in the back pages. It was my second article published in NUVO. The piece I submitted was something like 1000 words, but I had to cut it down by half.

In 2005, the painting was hanging in the School of Dentistry lobby. Now it's down in the basement, hidden from public view. You might wonder why the powers that be wanted the painting moved. Did they not appreciate this generous gift from the class of 1935? Did they not appreciate DeCastro's sensuous palette, the rich Catholic iconography, and the institutional edification?

The painting makes me recall both the great Mexican muralist Diego Rivera but also the notorious pornographer Bob Guccione, publisher of Penthouse.

I've often pondered a particular question that this, er, masterwork, raises in my mind; Can the most noble intentions lead an artist astray? I still haven't answered this question for myself, but my curiosity is unabated.

I've since been down to the basement of the Dentistry School several times to photograph the mural. I feel more people should know about it. Especially now, when we could all use a laugh or two.

In the lobby of the Indiana University School of Dentistry, on the IUPUI campus, there is a large, colorful canvas that depicts dental history from the beginning of time to the era of the most current dean, Lawrence Goldblatt. On the painting’s left hand extreme, a Paleolithic-era man is depicted with tooth problems. While another man attempts extraction with chisel and hammer, a naked redhead with sumptuous breasts and curvy buttocks holds the patient down. As the timeline progresses, an Egyptian woman bares her teeth on the Nile’s banks, an Elizabethan-era Englishman holds his jaw open while imploring a barber’s assistance, and wood-toothed George Washington gazes into a mirror.

Until recently, dentistry was a nasty business consigned to the likes of snake oil salesmen. The artist demonstrates dentistry’s development from a crude art to a science; he depicts the advent of sterile clinics with attendant dental professionals. In the canvas’ upper right, the artist shows the dental school building while portraits of the most recent deans fill the foreground. But the artist also has concerns that seemingly don’t have much to do with dentistry. Consider the haloed female saint* tied to a stake. As she burns, a bare-chested dude approaches her with a large pair of pliers.

The style here seems to be a cross between Diego Rivera and Bob Guccione. The artist, however, lacks the former’s transcendent imagination and the latter’s raunch. He is perhaps too mindful of institutional obligations to give imagination free reign. And yet, while the IU School of Dentistry is depicted at the apotheosis of human history, there is a perceptible countercurrent. The buttoned-up dental assistants of the modern era are not depicted with nearly as much zest as the naked vixens of old.

Can cheesecake nostalgia and institutional edification coexist on the same canvas? Next time you go to IUPUI, check out this painting and decide for yourself.

* I changed the language in the original review from "buxom nymphet" to "haloed female saint".