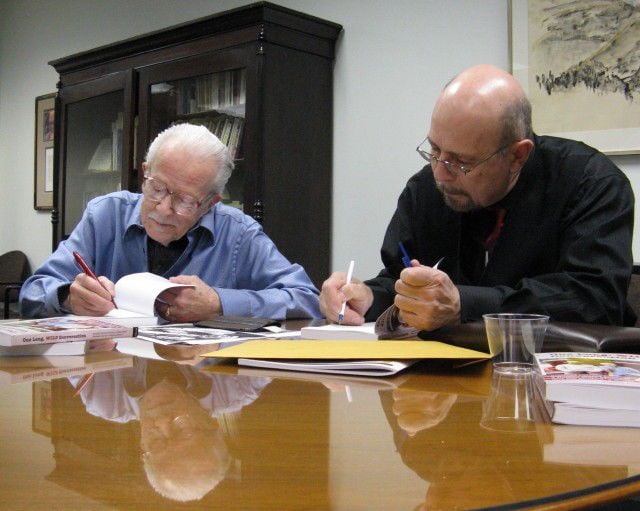 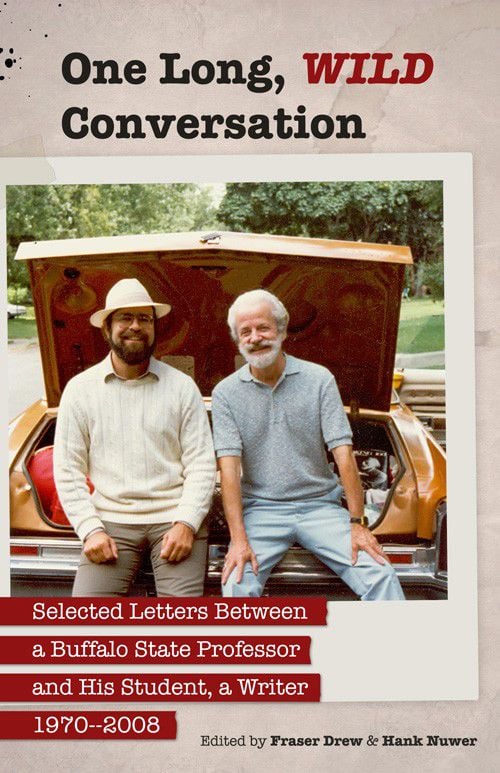 Letter writing has all but disappeared. This is a simple truth brought about by the advent of the telephone, the computer and the text message. To send a message via wings, tires and weary feet and not electronically is as archaic an act as, say, listening to 8-tracks. For those of you who do not know what an 8-track is, look it up on Wikipedia; I did.

I shamefully admit that I, a recent college graduate, was born on the tail end of the letter writing tradition. A child of the '90s, I e-mailed, I cell-phoned, I certainly didn't "snail mail."

So then what purpose does the recently published collection of letters between Hoosier journalist Hank Nuwer and his Buffalo State English professor and mentor Fraser Drew, entitled One Long, WILD Conversation, serve in such a techno-affluent society?

On its surface One Long, WILD Conversation is a reverent homage to the correspondences kept between great authors throughout history. Like Thomas Carlyle and Ralph Waldo Emerson, and many of the other stalwart guards of the literary tradition, Fraser and Nuwer kept up their correspondence out of a deep respect for one another and for their craft. For nearly 40 years they wrote, sharing ideas and experiences.

Nuwer, a life-long writer and freelance journalist, chauffeured Norman Mailer in the early '70s, an experience that turned into a published essay, and interviewed such authors as David Mamet, James Dickey and Kurt Vonnegut. Drew, now in his late 90s, corresponded with poets Robert Frost, Langston Hughes and John Masefield. In 1955 he traveled to Cuba and met Ernest Hemmingway with whom he also shared a correspondence.

The title is taken from a student of Robert Frost, who described with deference the poet's candor in the classroom. The book exudes academic respect but with an almost cowboy practicality. Though it is a work of non-fiction, the story of the two friends works in a particularly literary way. Drew, who graduated magna cum laude from the University of Vermont and studied Greek and Latin at Duke University, serves as a perfect contrast to Nuwer, who as a young man was kicked out of seminary school, lived out of a Chevy Apache van in California and, for a time, in an A-frame out in the wilderness.

Though their lives were always very different, their commitment to share their progress withstood the test of time. Through various moves, marriages and divorce, each shared his insights in moments that eventually turned into lifetimes. Though there are times when the book might be more interesting to those who know one or both of the authors, the progression of their lives acts both as an historical time capsule and a chance to peek into the lives of two dedicated writers.

How different their correspondence might have been had they used e-mail with its easily deleted messages and new lingo that shortens not only words but communication itself. One Long, WILD Conversation reminds us of the beauty that comes with opening a personally sealed envelope, unfolding crisp paper and enjoying a letter written especially for you.

Carey Shea is a recent graduate from Franklin College's Pulliam School of Journalism where professor Hank Nuwer served as his academic mentor.