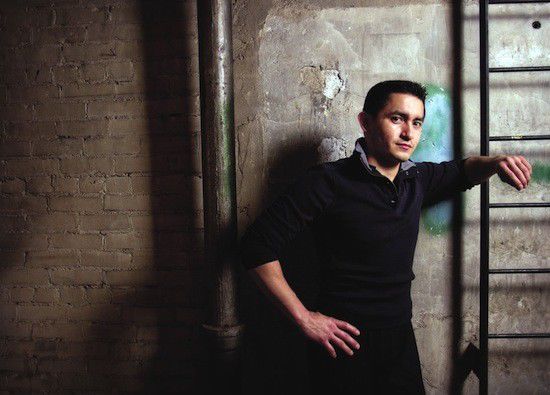 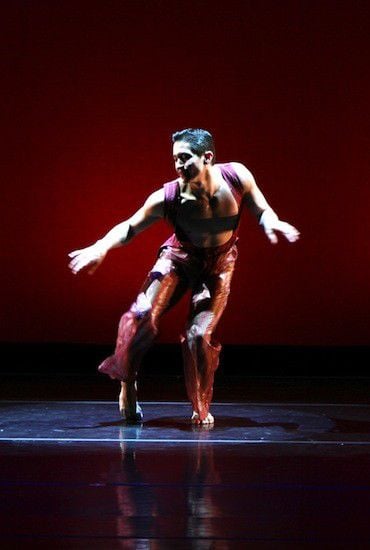 “Dancer George Salinas will retire after performing at our Gala on Feb. 25th.”

This one-line announcement from Dance Kaleidoscope brought memories from 2003 to the present, as we witnessed George Salinas’ evolvement from young apprentice into a senior company member whose stage presence and winning personality have enlivened nine years of performances.

Salinas says he is retiring to fulfill personal family responsibilities yet recognizes he “will miss my dance family, being around them through our ups and downs, building our relationships. I’ve seen people come and go and didn’t think about making a decision to leave. This is the hardest decision I’ve had to make. I can remember my first year with [Dance Kaleidoscope artistic director] David [Hochoy] introducing me to the community. He took me to all sorts of events, getting me to see all sides, meeting people.

“When David called me to audition, I asked, ‘Where is Indianapolis?’ I had no idea,” Salinas recalls during an interview at DK's rehearsal studios. He now calls Indianapolis his career and personal home, with a 1912 house in Irvington in which to raise his family. “Indianapolis sucked me in and I gave out as much as I was given. It seemed right to stay. I want my career to end in Indianapolis.”

Salinas came to DK after being a scholarship student from 2001-2003 with the American Dance Festival, a summer showcase for modern dance based in Durham, N.C. He had already made connections to the DK family before his arrival, even if he didn't know about them. Denise Vale, one of his teachers at the University of Oklahoma, had been a student of David Hochoy at the Martha Graham School in New York and also was DK dancer Kenoth Shane Patton’s teacher at Oklahoma.

“It’s a circle of connecting. Some day I’d like to give back by teaching at a university,” muses Salinas. “I had a community oriented upbringing with the idea to continue what I’ve learned by teaching.”

During his DK tenure Salinas has given back through teaching young students. “They deserve to know that it’s OK for a male person to dance and to learn about cultural differences and expectations.”

Salinas resolved to make dance a career while until attending Dallas’ High School for the Performing and Visual Arts, where he was named a Presidential Scholar in the Arts as finalist for his Mexican "Folklorico" dancing.

“Dancing professionally, we are making ourselves vulnerable on all levels — emotionally, physically, intellectually, socially. As a company we learn about each other, what motivates us; positive and negative energy rubs off,” but Salinas cites David Hochoy’s leadership for channeling “bad days” into positive energy.

Recalling his personal “outstanding moments,” Salinas speaks of “China Boy” as his first solo. “I was scared by it; it was about David and his family. I wanted to live up to what he expected and up to company expectations.”

This 2006 challenge was followed in 2008 with Hochoy’s new concept of Debussy’s “Afternoon of a Faun.” Salinas cherished the role as the first solo choreography “especially for me,” though the premiere evening had a bit of unexpected drama when the IRT’s fire alarm went off. The audience was so enthralled by events on stage that no one moved for the doors.

My review of the show alludes to Salinas revealing a slice of his own life as a personal trainer, as “The Faun flexes muscularity...in a bodily cathedral-gym setting.” With a huge exercise ball as a prop, Salinas as The Faun was never distracted from his singular goal— to get fit and stay fit.

From the very first Salinas was exciting to watch, according to David Hochoy, who draws on Martha Graham's quote, “We’re not involved with teaching to dance but developing self-actualization,” to explain Salinas' talent.

“George came with Graham training and allowed himself to grow,” Hochoy continues. “Because DK is such a small company, each dancer gives an element of self. George has developed a presence on stage and he’s very strong. He’s a wonderful collaborator. He always has ideas to contribute to the process. His heart is always in it 150 percent. He has created a persona. I am going to miss him.”