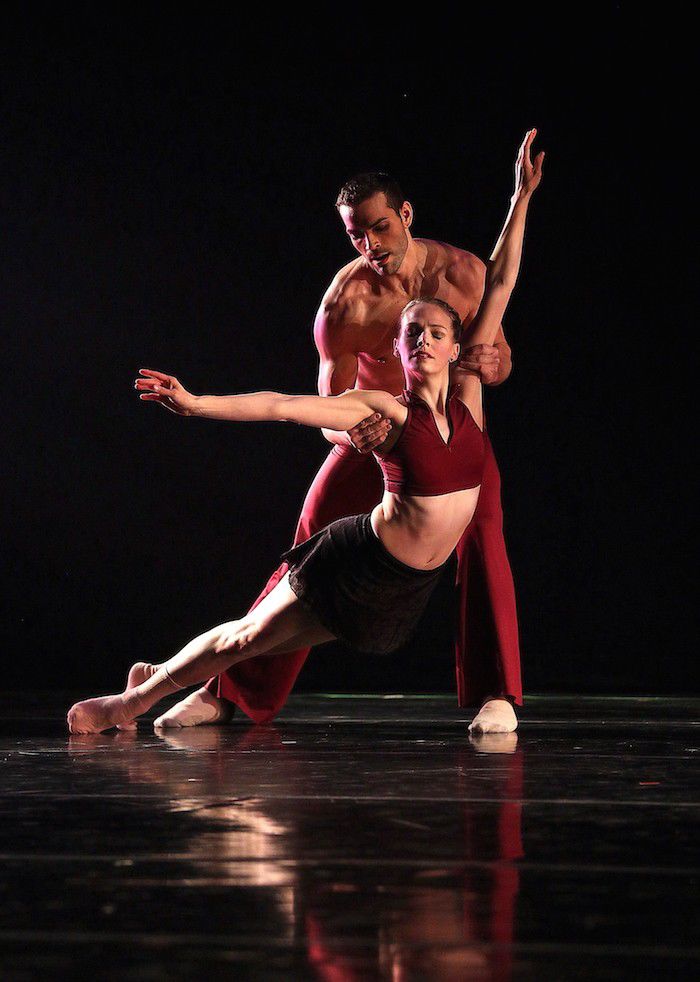 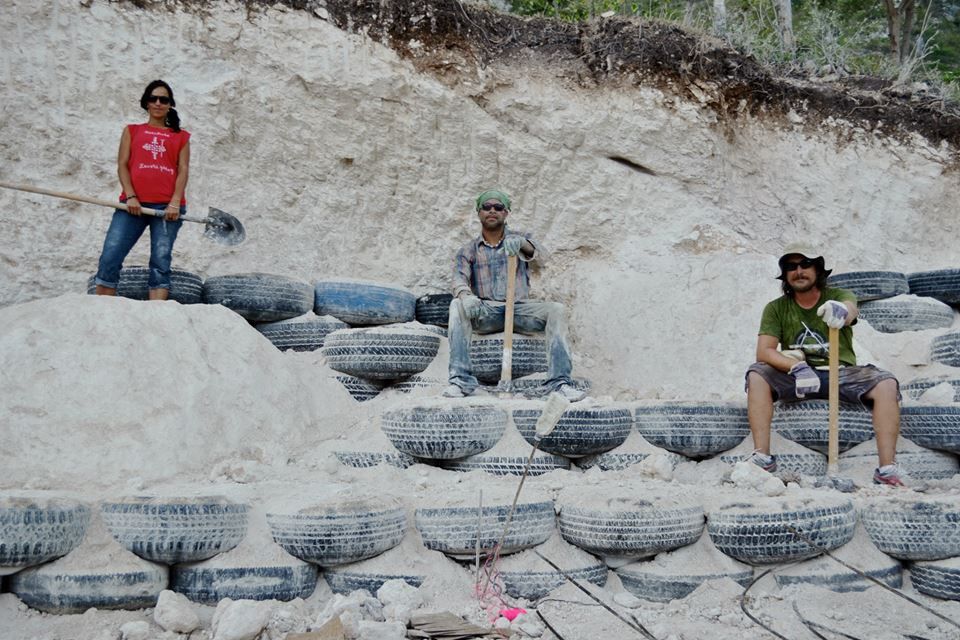 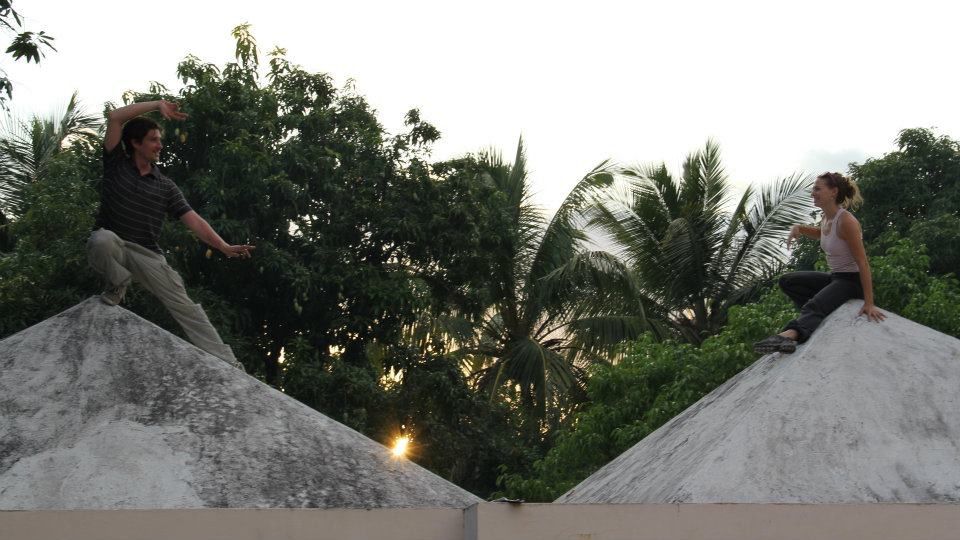 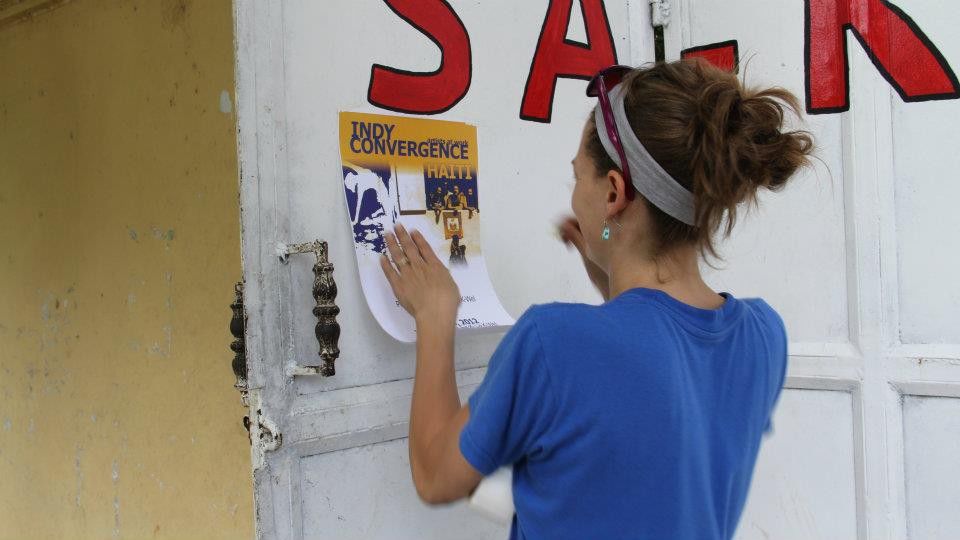 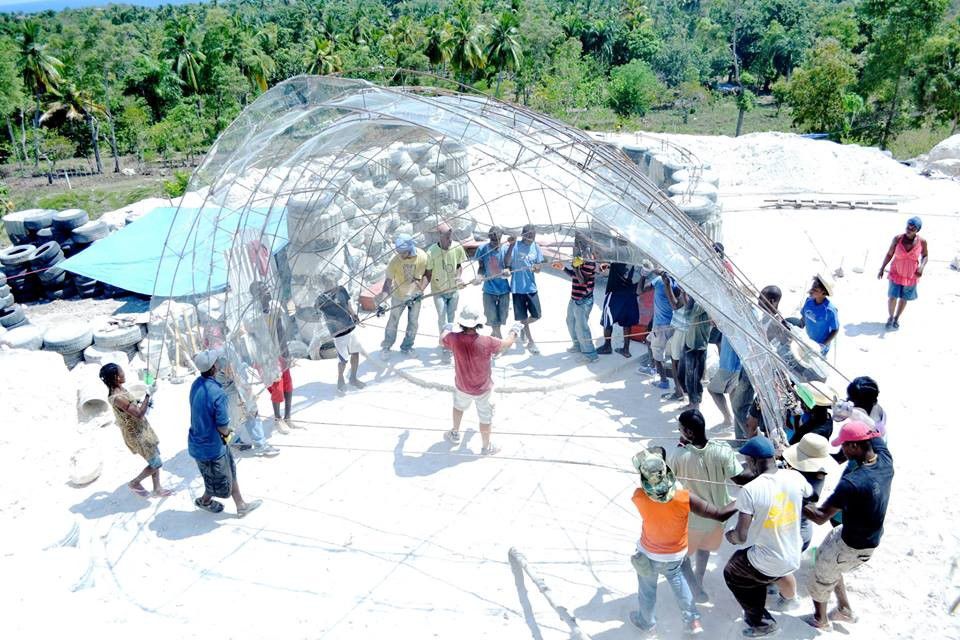 Building the stage roof in Haiti 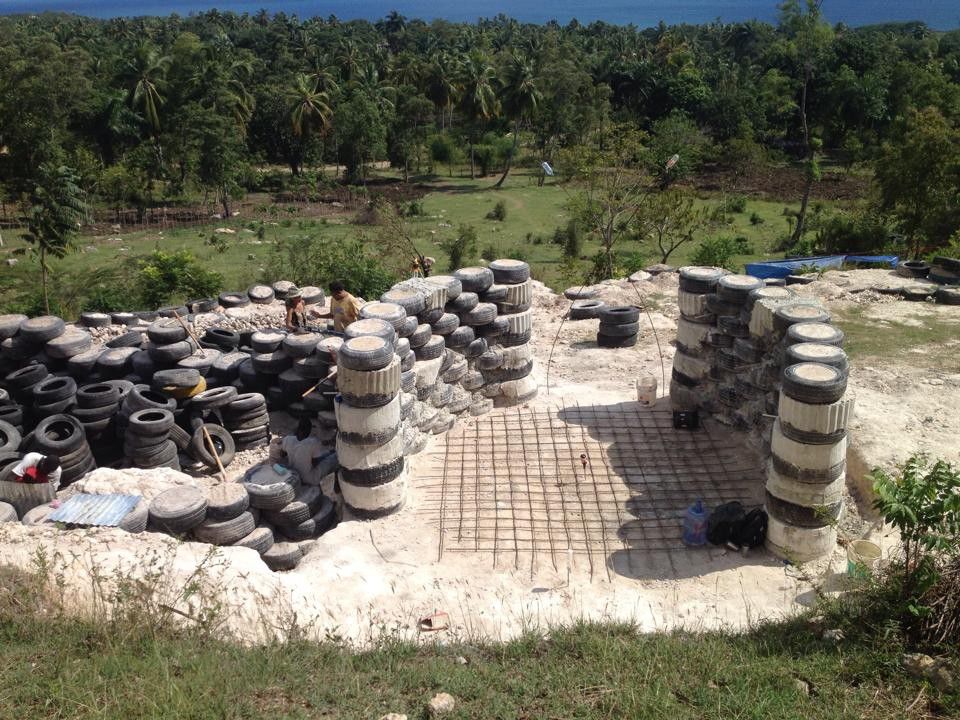 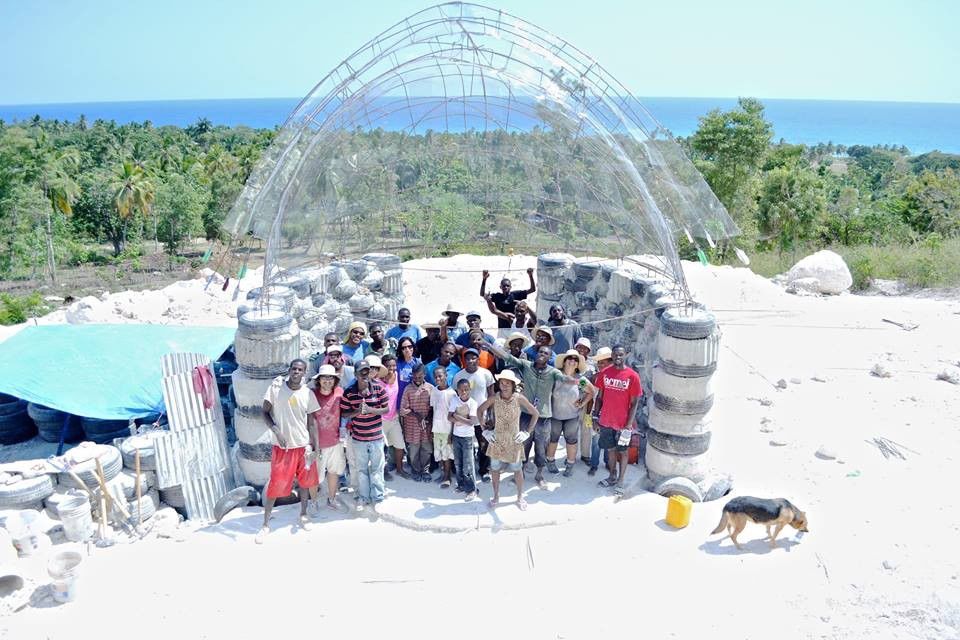 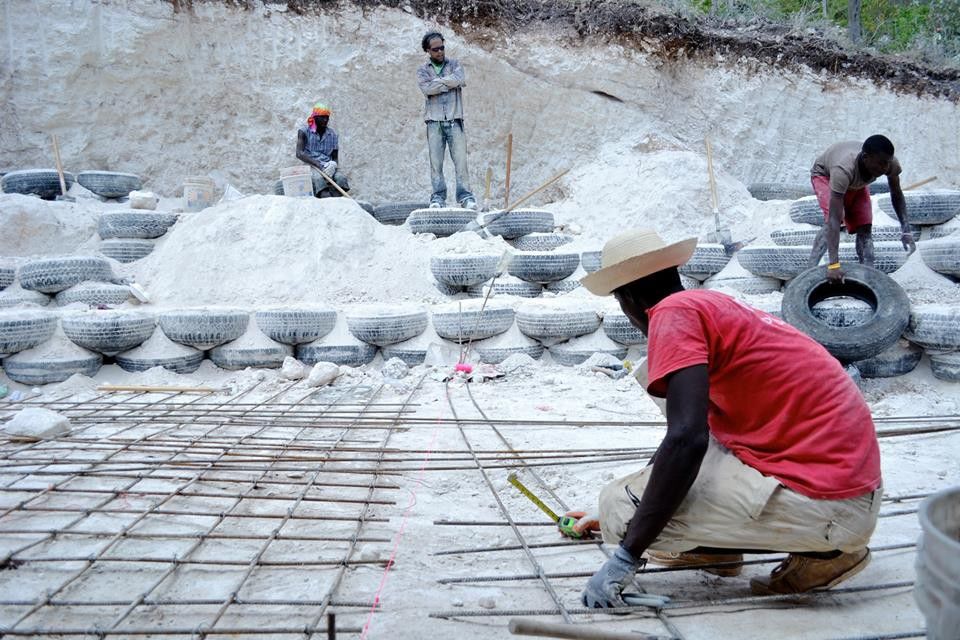 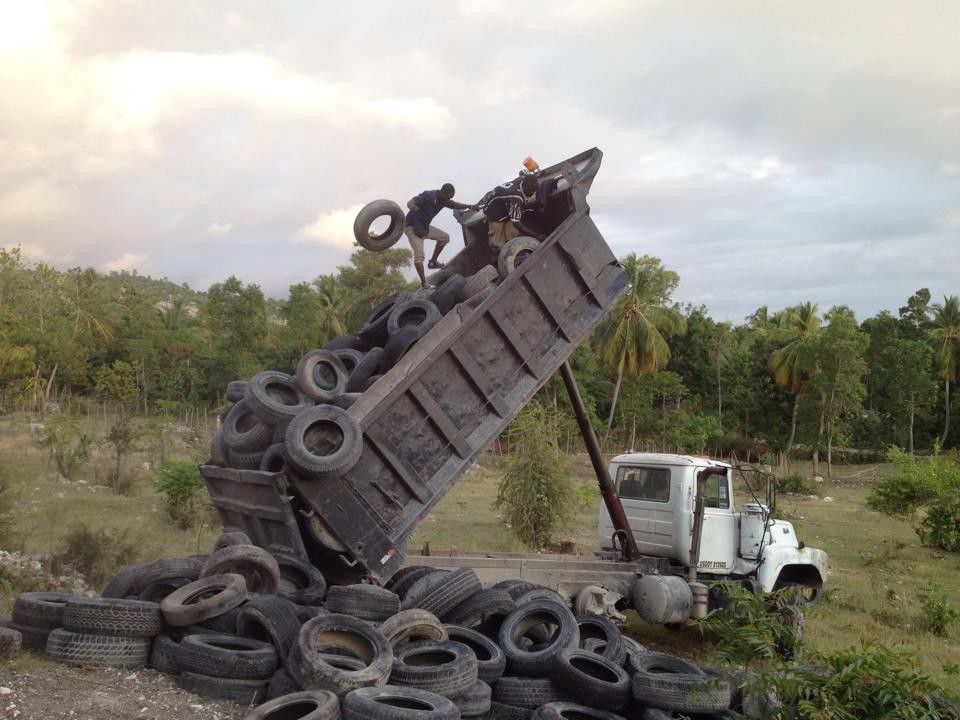 Tires that make up the stage for Indy Convergence in Haiti

Building the stage roof in Haiti

Tires that make up the stage for Indy Convergence in Haiti

Negron isn't used to talking about herself, and spoke so softly I had to move my recorder closer to catch her words. Everything about her, from conversational gestures to how she fills a glass of water, is graceful, moving from the centerline of the body. It's easy to see why David Hochoy picked her for Dance Kaleidoscope.

Negron joined DK fresh out of her undergraduate dance major at Southern Methodist University. She took ballet for over a decade but still opted for modern. Overall, she feels that modern fits her better.

"It's more grounded," she said, looking me in the eye. "You get to be happy and sad and mad. Ballet has that, too, but it's different."

After a few seasons with DK, Negron left Indy for Chicago, came back, and then left again for Los Angeles, but she wasn't fully happy anywhere else. Both times, she wound up calling David Hochoy and asking for her old job.

"I'm lucky," said Negron. "Not a lot of people can do that." She's right. It's rare to be able to quit and return to any job, especially one in the hypercompetitive world of dance (and more than once). But she fills an important niche within DK, and she's been there for seven seasons.

In between DK and her side jobs teaching dance and Pilates, Negron works on Indy Convergence. For the past eight years, this "pressure cooker" for art has brought 12-18 artists together for a two-week annual intensive event that culminates in an "open lab" performance.

One year, there was an opera based on "Peter, Peter Pumpkin Eater" that featured a pumpkin-based chastity belt. Another performance involved shiny, silver costumes that made people look like Ziploc bags made of tinfoil. This year, there was a project that combined geocaching and aliens. This may sound like theater of the absurd, but underneath the zaniness, the Convergers are asking serious questions about sexuality, human rights and love.

Indy Convergence operates similar programs in Toronto and Oban, Haiti. The Haiti branch was started on a whim after a fellow Converger spent time there. Negron laughed, "we said 'why not Indy Convergence Haiti?' and then we made it happen." Indy Convergence Haiti became an opportunity to create cross-cultural, interdisciplinary classes and collaborations that foster reciprocal mentorship between artists while reflecting Oban's traditions and stimulating the local economy, which is still reeling from the 2010 earthquake.

It's impossible to mention Haiti without bringing in Negron's husband, Robert Negron. He's directed the construction of a community center and stage in Oban that's home to Indy Convergence Haiti called Sa-K-La-K-Wel. The center, which is used by the community year-round, supports programs in art, dance, music, English, soccer and karate.

The stage at Sa-K-La-K-Wel is literally made of trash: Old tires and used bottles gathered from the beach. It's built after the Earthship model of housing, which is a radically sustainable building that generates its own heat and electricity. Convergence alums travel to Sa-K-La-K-Wel as visiting teachers, and once a year, the center hosts a two-week arts intensive event similar to the one held in Indy. In 2016, Sa-K-La-K-Wel will be gifted to Oban. The Negrons hope to continue their involvement, but ultimately the community will decide.

Caitlin Negron has been involved in the Haiti arm of Convergence, but mostly as a fundraiser and organizer. She hasn't physically been there in two years.

That's going to change in 2016. This spring, she won a $10,000 creative renewal grant from the Indianapolis Arts Council.

Negron is using it to spend six weeks in Oban. The last time she was there, she collaborated with a group of girls who carried five-gallon buckets of water on their heads every day. She didn't speak Kreyol, and the girls didn't speak English, but using the language of movement, they created a dance based on the routine act of water-carrying.

Negron will also travel to New Mexico for four weeks to learn how to build Earthships so she can help with future construction in Oban.

Negron hopes to bring back the connection between arts and community that exists there. "Sa-K-La-K-Wel has opened up a space for people to ... express themselves that wasn't formerly there. The community is communicating better," says Negron.

She wants to see Indy Convergence connect to the community the same way in Indianapolis as it has in Haiti.

Convergence rents space each year at the Wheeler Arts Community in Fountain Square, but the Negrons want a permanent home for it, a work/performance space with apartments for resident artists.

"Moving forward, we are looking to form stronger relationships with already-existing Indianapolis arts organizations by providing classes, workshops and cultural exchanges through our network of alums [which is] over 100 strong and growing." Negron hopes Indy Convergence can "become the premier incubator for new work being imagined and created here in Indy."

I asked Negron how she's able to do everything she does. "What it really boils down to is feeling your own true north."

It's a good thing Caitlin Negron's true north led her to Indianapolis.