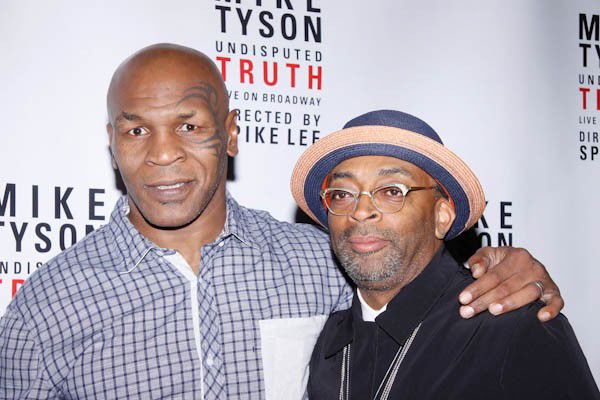 Spike Lee came on as director of 'Undisputed Truth' prior to its Broadway run. 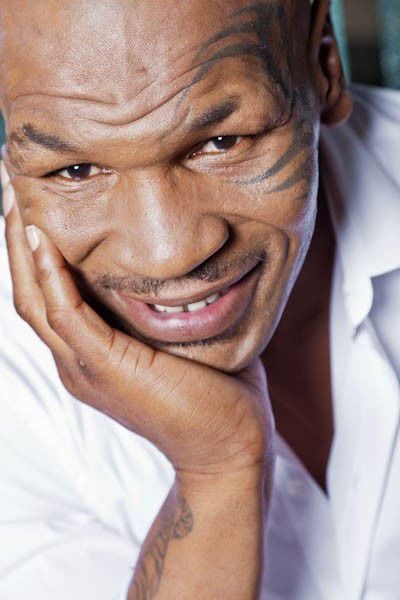 Spike Lee came on as director of 'Undisputed Truth' prior to its Broadway run.

rape conviction. But Mike Tyson has always been an extraordinary guy, and his time in Indianapolis

plays a part in his theatrical monologue, Mike Tyson: Undisputed Truth, which opens a national tour

Feb. 13 at the Murat Theatre at the Old National Centre. (It was originally scheduled as a two-day run

in Indianapolis, but the Feb. 12 date was canceled last week.)

Tyson's on-stage retelling of his life includes, as The New York Times put it in a review of the show's

, "a strident denial that he raped a Miss America contestant in 1991, a crime for which he

served three years in prison." Those three years were, of course, served in Indiana; he was convicted in

Marion County for a rape which occurred at Canterbury Hotel.

Undisputed Truth first premiered in Las Vegas; Spike Lee took over as director prior to the Broadway

premiere, and it's the Lee-directed version of the show that will tour the country. The Nederlander

, the producer of the tour, has said that the fact that the tour will open in Indianapolis is

entirely coincidental, a product of efficient tour scheduling. But it remains an inauspicious place for

Tyson to make his case, seeing as his "undisputed truth" has been, well, successfully disputed in a court

Which brings us to the interview, a phone conversation monitored by Tyson's publicist, with Tyson on

a speakerphone line that rendered him sometimes difficult to understand. I threw a couple questions at

Tyson to begin: Does he have anything in particular to say to the people of Indianapolis, and will it feel

any different to play Indianapolis than anywhere else?

Tyson answered with a drawn-out "No." He continued, "That was just a moment in time. It's going to

contrast and difference. They saw me coming out of there in handcuffs, and now they're going to see

me as an entertainer to just entertain them. I don't look at it as bad placement as an opening for me."

Is the rape part of the monologue? "Yeah, that's an element." Why does he revisit those parts of his life,

night after night? "It's just a form of entertainment, and I think that when the people in Indiana hear it,

they're going to be entertained by it."

Tyson's publicist later followed up to clarify that while Tyson considers the show to be entertaining, as

a whole, he doesn't view the period of his life that included the rape conviction to be entertaining, or

the way in which he recounts it, to be entertaining, in particular. That was my understanding of Tyson's

words as well, though there's something to a quip a colleague made when I explained the situation:

"You think you've got it bad; try being Mike Tyson's publicist."

I asked Tyson what Spike Lee brought to the show when he came on as director for its Broadway run.

"I can't say he didn't change anything. He's put a great deal of his emphasis into the Broadway play

[as a form] now, because he's got a real knack for it." And did he ever push Tyson into uncomfortable

emotional territory for the better of the play? "Yeah, he's gonna work you; it ain't no buddy buddy

with Spike. You've got to come to do a job." For that matter, is there anything Tyson doesn't feel

comfortable saying on stage at this point? "No, everybody knows my life; they can tell if I'm lying or

not; they know what I did and didn't do during episodes of my life. You can't lie to the audience."

I decided not to ask Tyson about the nature of celebrity and the business of monetizing, in a sense, his

life story and paying people to watch him to proclaim his truth, partly because I thought the question

might be a bit unfair. I did put this to him: It's hard enough to honestly take stock of one's life and

speak one's truth, so why would he add in the complication of doing it on stage?

"Don't get me wrong; it's really tough, extremely tough," he said. "That's why I'm doing it, and that's

why people want to see me doing it. I won't do nothing if I won't risk humiliating myself; that's just

what it is, where it has to be very precise, there has to be perfect timing, for it to be successful. I'm a

rush junkie or something. It just has to be right."

And so Tyson thinks of himself as an entertainer at this point? "Big time; I don't take nothing

personal." And has he always thought of himself as an entertainer, even as a boxer? "Definitely. And

it's not like boxing; there won't be all kinds of distractions because I'll be with my family and that's my

working team and my production team. It's a family-owned business, and that's what we do. I'm at this

moment in life where I can be happy working with my family, and like I was discussing earlier with

someone, success is different for me. Other people's success is making a lot of money, getting a girl, a

big mansion, a fancy car. My success is staying out of prison, being devoted to my wife, being involved

in my children's life, being an upstanding citizen in society. That's success for me; that's what I want."

And how does he control his anger at this point so that he might stay out of prison? "I cherish what

I have to lose now." Does he still find training pigeons therapeutic? "Yeah, definitely; watching the

pigeons fly too. A hawk was chasing them the other day; they have drama in their world too." And how

does he stay level on the road? "I travel with my family. I don't get out of character much." Not a lot of

late nights on the town? "It's been three years, probably four years, since I've been out after ten o'clock

Has Tyson gotten comfortable with his voice, both literally and figuratively, particularly when on

stage? "Hell, no. I hate my voice; I don't like my voice; it's a very noticeable voice. My voice pisses me

I asked Tyson if his voice was part of his charm at this point, which he didn't go for (and, for my

part, I was surprised I used the word "charm"). He joked about wishing he "had one of those James

voices, Edward G. Robinson voices," growling as he imitated them. So how does he deal with

a voice he hates on stage? "I have a voice coach who teaches me about projection; we go over lines and

warmups before I go on stage. I don't go in there cold turkey; I'm not that talented. I'm not just winging

As Tyson embarks on a different stage in his career, is he concerned about the mental and physical

legacy of boxing. "Extremely. Extremely concerned. If you happen to look at my early pictures from

when I was first boxing at age 14 and 15, you will find that I speak better now than when I first started.

The punches to the head may have worked to the reverse for me. But to be honest with you, there's

something different with me, there's something slowing down a little; people say to me, 'Whoa, you're

slowing down a little, Mike.'" Is that getting in the way of getting performances? "No, absolutely not,

but you're more conscious of it than before."

Would he have done it again if he had a choice? "Listen, I didn't care; if I would have died, I would

have boxed. That's what I wanted to do. The security of somebody knowing my name and that I was

good at something: I'd have given my life for that. I come from nothing; I come from the gutter. And

now somebody's telling me I'm great and the best in the world at something. Hey, you can take my

grew up in. "It's about giving kids a fighting chance. I have a great affinity with these kids; I was once

one of these kids, and I was given a chance by Cus D'Amato [Tyson's first coach]. If people have a

great support system, they have great support; and regardless of all the crazy things I did in my life, I

And what does that support system look like? "You need to be there for them. We piggyback with

other organizations in getting them medical support or school assistance. If it takes a nation to raise

The New York Times, which was generally unimpressed by Undisputed Truth, did allow that it was

occasionally funny. I asked Tyson about what he thinks are the funniest parts of the show. He said,

"When I'm digging on Robin" - meaning Robin Givens, the TV star he married 1988 and divorced in

Tyson is doing other work in the entertainment industry; he was preparing last week to play a

death row inmate on an episode of Law and Order: SVU. "That's going to be awesome; that's my

favorite show since it first came on." How will he prepare? "I don't know, but in a situation like this,

unfortunately, I know a lot of people who have spent time on death row and eventually got released

because they were wrongly sentenced. We talked a lot about it; it's pretty gut-wrenching stuff."