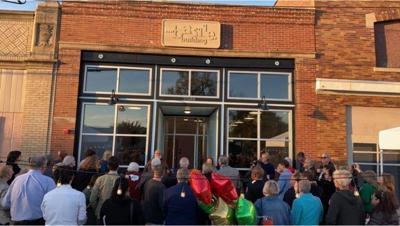 On Thursday July 23, the Fonseca Theatre Company announced that all weekend performances would be cancelled due to a cast member being sent home with COVID-like symptoms.

The performance cancelled was Hype Man: A Break Beat Play by Idris Goodwin.

The cast member had “an upset stomach, chills, sweats, and a tight chest,” wrote Producing Director Bryan Fonseca, in his Thursday press release. “He’s going to get tested, but no one will know the results right away. So, the only responsible thing a producer can do at this time is to cancel all performances for this weekend. “

Since the reopening of the theater on July 9, performances had been taking place outside, in accordance with a whole list of safety procedures detailed on the Fonsecatheatre.org website including ingress and egress of the theater, bathroom cleaning procedures, and requirements for patrons to wear facemasks.

When Indiana's stay-at-home order went into effect on March 25, which closed all arts and entertainment venues in the state, the Fonseca Theatre was forced to close after being open only for a few months.

Fonseca was producing director at the Phoenix Theatre until he abruptly departed the nonprofit performing arts organization at the end of May 2018.

It was only three weeks after Fonseca’s departure from the Phoenix that he formed the River West Theatre Company. Just before the season lineup announcement on Aug. 21., 2018 the new theater’s board made the decision to change the theater’s name to the Fonseca Theatre, recognizing Bryan Fonseca’s importance as a cultural figure in the Circle City.

Until its storefront space at 2508 W. Michigan was retrofitted for performances, the theatrical company operated out of Indy Convergence at 2611 W. Michigan St.

In their mission statement, the Fonseca Theatre Company is described as  “a company of artists (80 percent people of color) who will give voice to the disenfranchised in our community.”

Fonseca encourages ticket holders to direct their tickets to upcoming scheduled performances of Hooded or Being Black For Dummies.

“We won’t put anyone — actors, crew, volunteers, and most importantly, you, at risk,” Fonseca continued in the press release. “Producing at this time and outdoors (we canceled twice due to rain) is a risk we were willing to take. We felt it was essential to reopen, to create employment for artists, to be part of the national dialogue happening around systemic injustice and police violence, and to try and find a way for us to be together during these difficult times. But, above all, we have to be safe.”

Behind Phoenix Rising’s 'This is America'

A Change in Leadership at the Phoenix Theatre