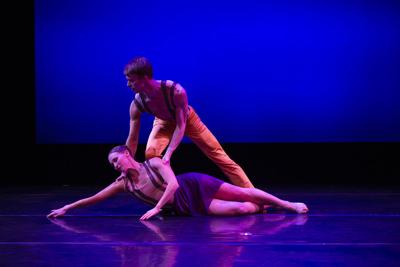 Dance Kaleidoscope segued us into 2020 with a full spectrum of verve and a whiff of audacity.

With the world premiere of "Give My Regards to…," we experience re-imagined glyphs of eight musicals—traditional classics and newly emerging into public cognizance. The arc brings DK Manuel Valdes to center stage as an everyman seeking a place, a validity of being, in the presence of the Company. Opening with "O What a Beautiful Mornin', the homage is to Agnes DeMille as a composite of her high stepping' Rodeo' and her depth of understanding the relationship of dance and drama that Rodgers and Hammerstein were introducing in the 1940s, as a new standard of story and character development, replacing the then slapdash comedy with 'wow' dance routines sans a coherent storyline.

Within this same sensibility, this new DK work with choreography by DK company member Stuart Coleman and artistic director David Hochoy, advances the concept of plumbing the emotional core within a musical number to connect us as the audience with the dimensionality of the character within the drama. Hochoy always has filled the DK roster with dancers who understand dramatic action. This new Company advances the evolving gifts over the three decades of Hochoy's tenure. 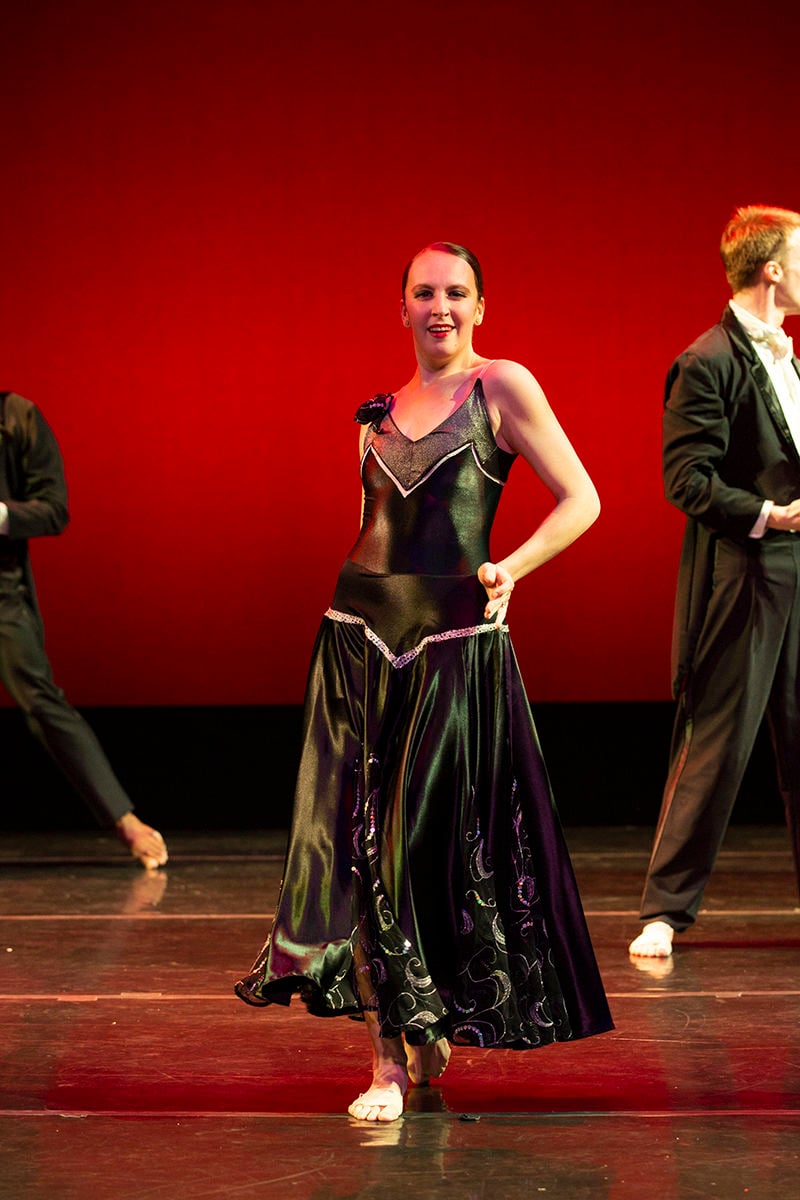 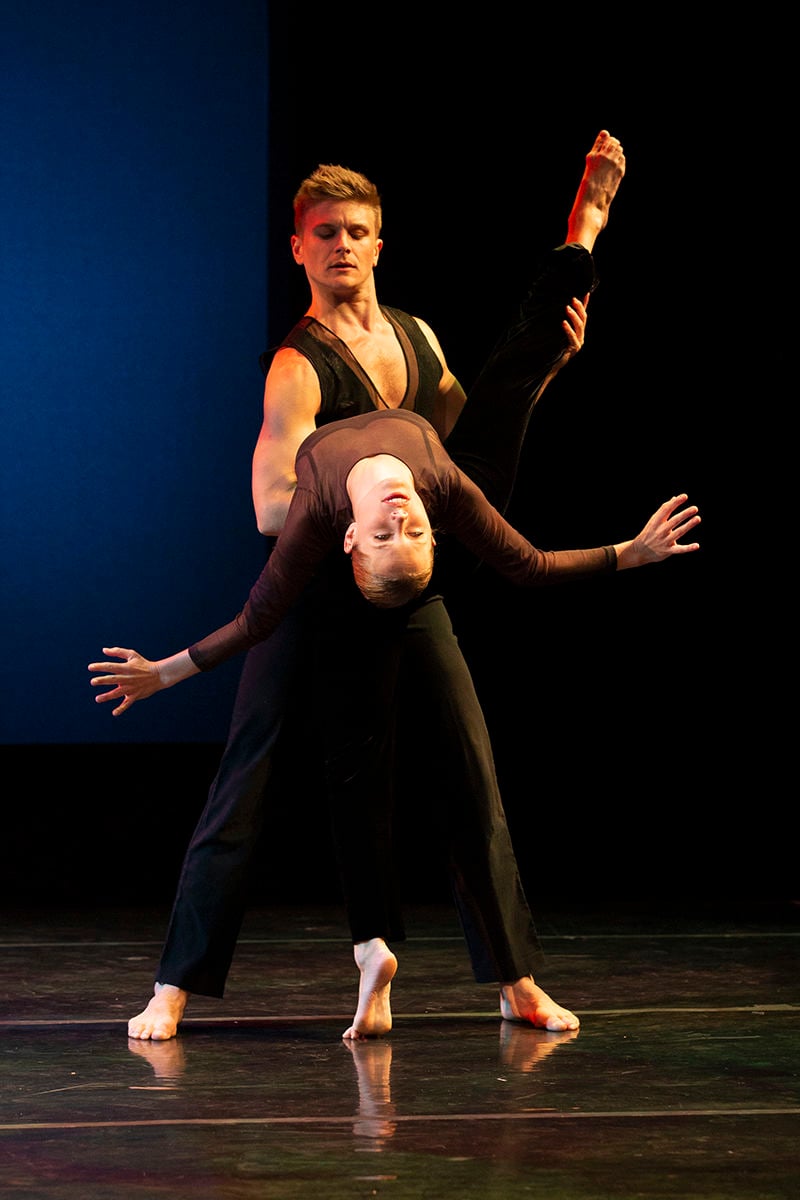 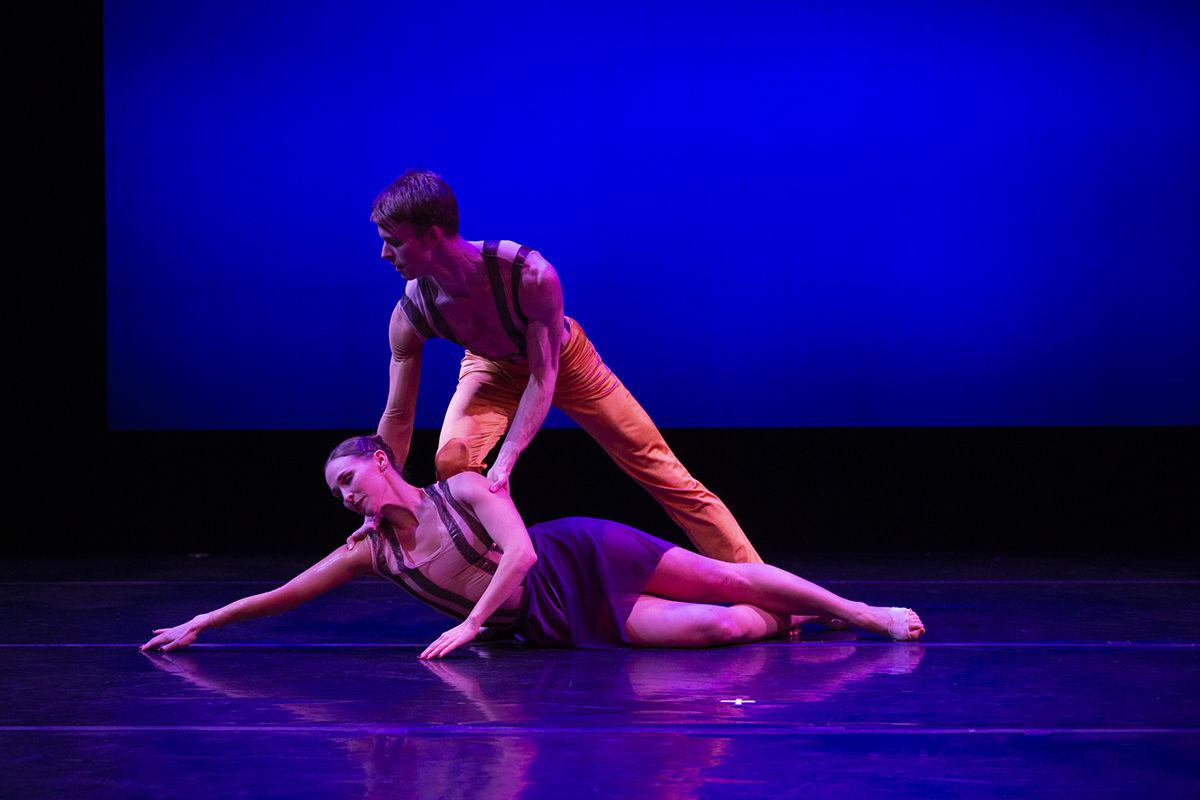 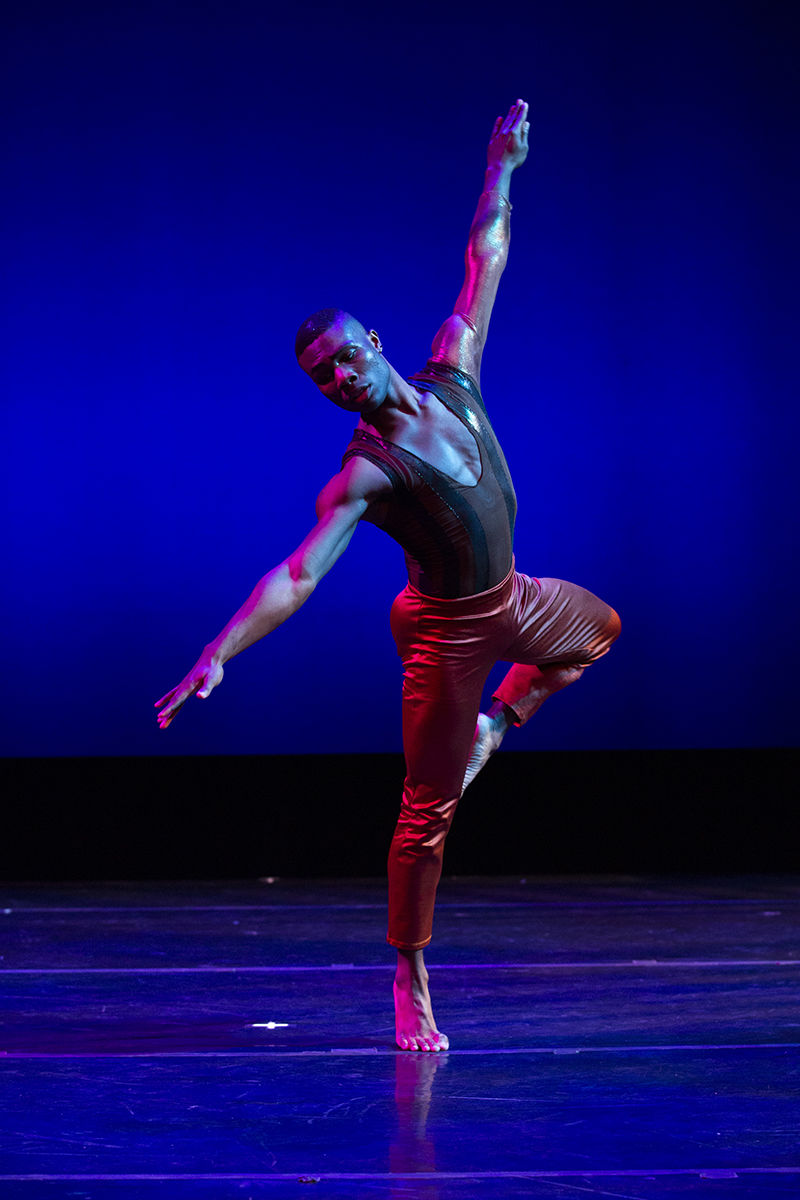 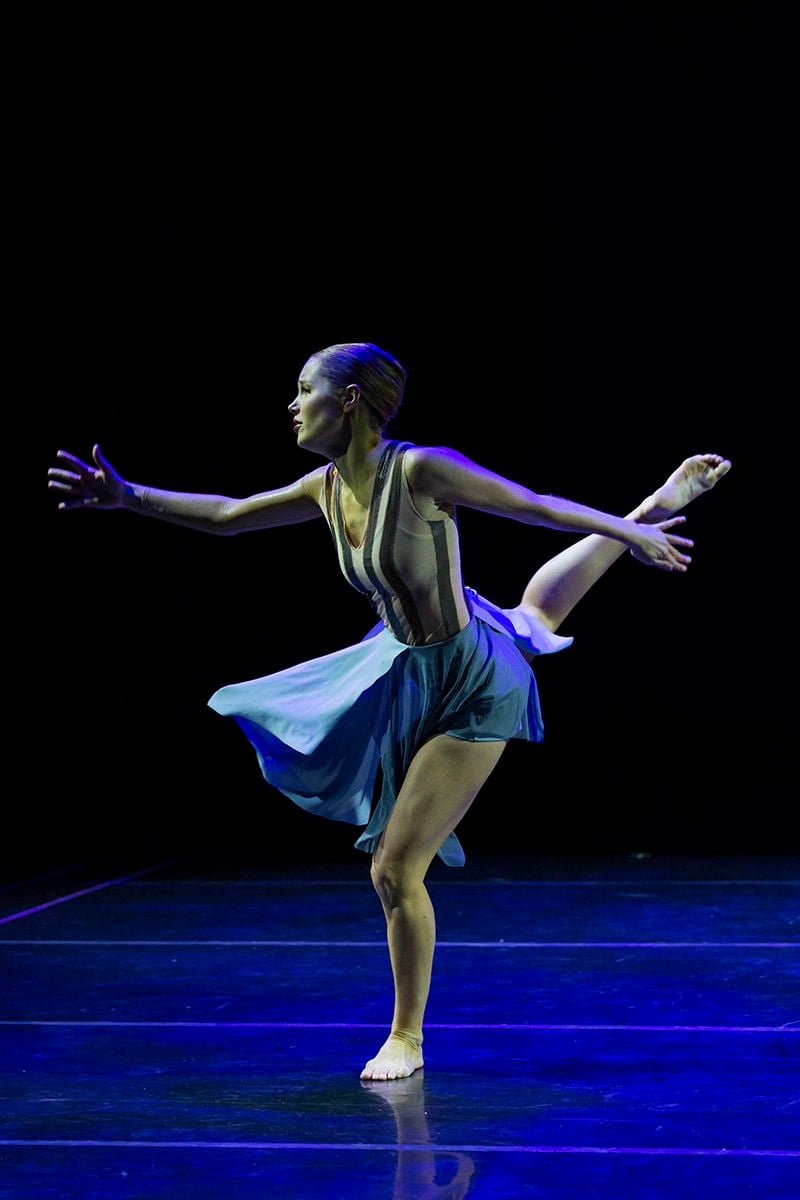 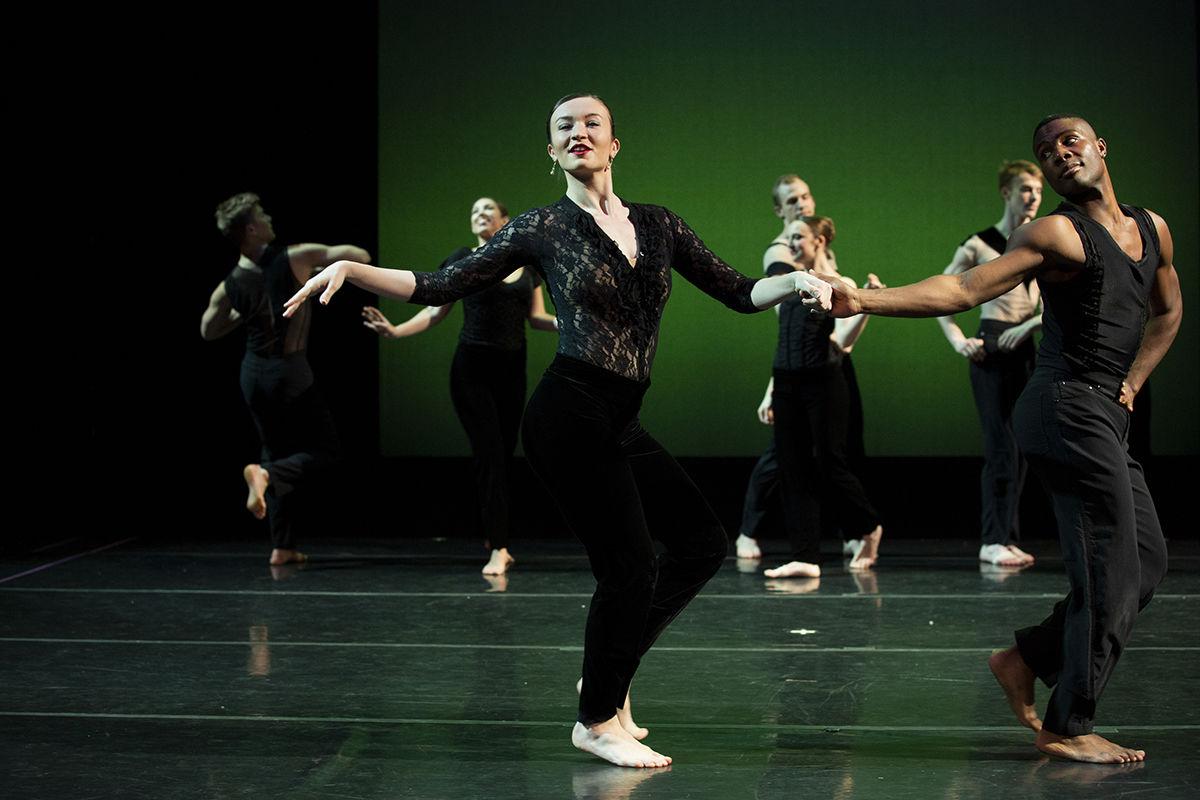 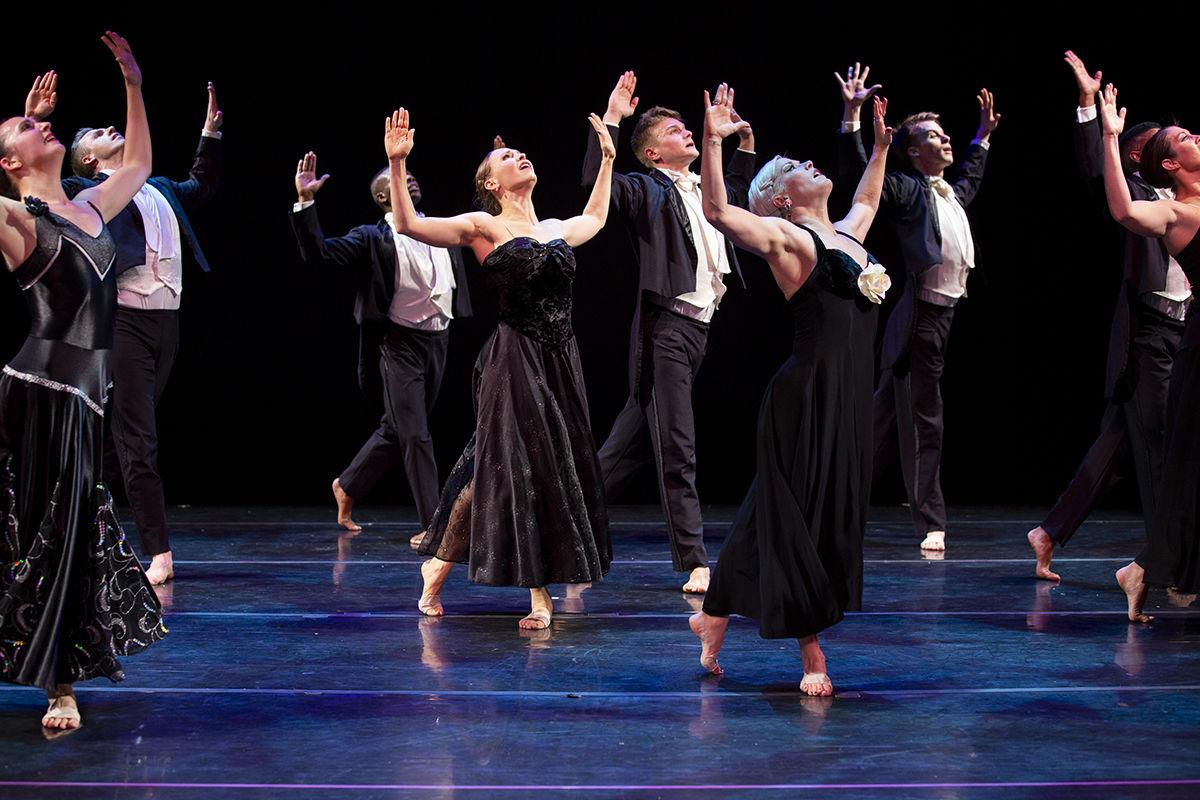 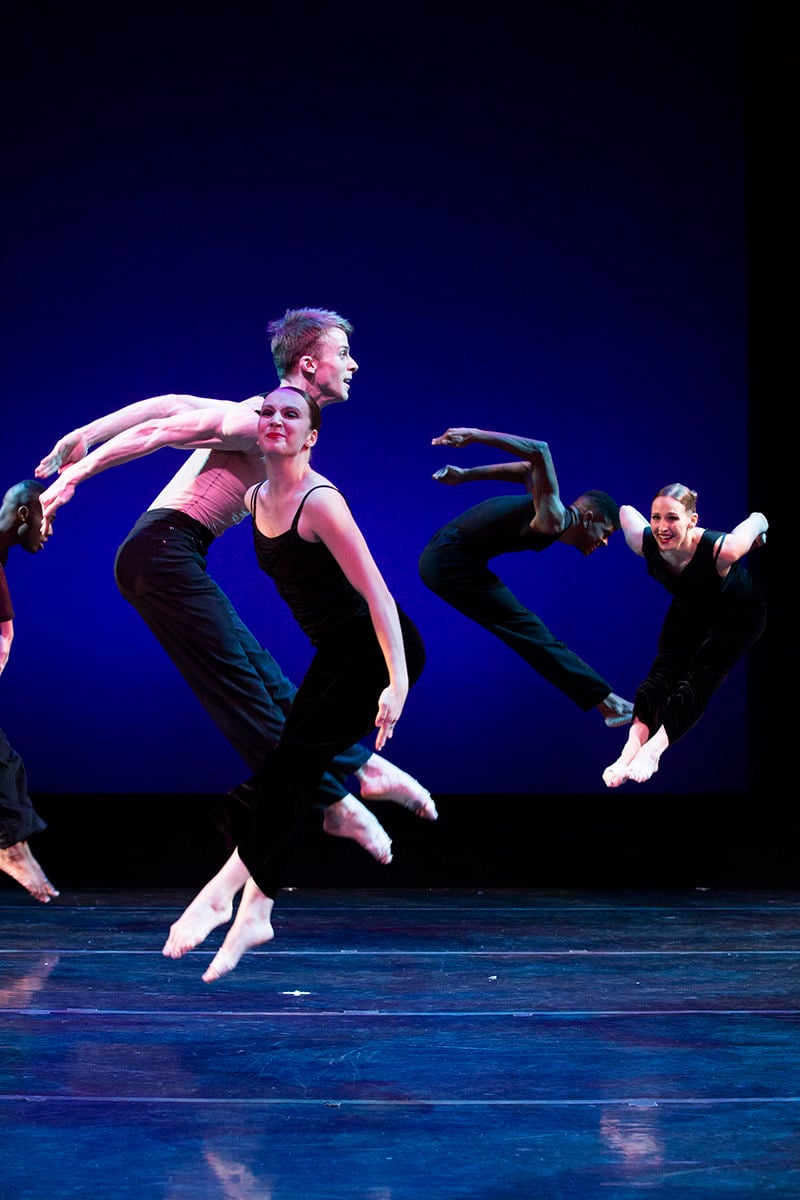 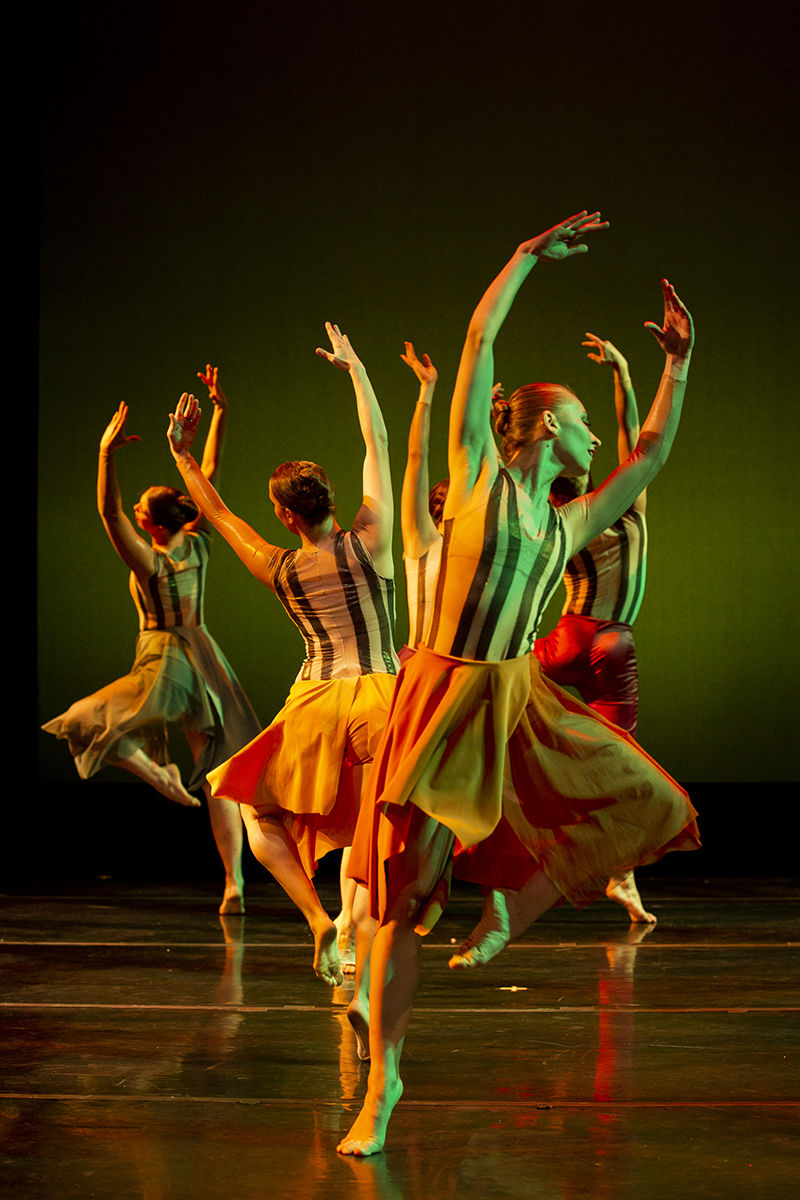 Dance Kaleidoscope segued us into 2020 with a full spectrum of verve and a whiff of audacity.

By a show of hands during the intermission Q-A session, a portion of the audience raised hands to signify they recently attended the Broadway in Indianapolis presentation of 'Hamilton: An American Musical.' True to DK's mantra of 'kaleidoscope,' here at the IRT Upperstage, we witnessed a rearrangement of the show's original choreography so we could feel a different emotionality within' The Room Where it Happens.' This is when I wish for what regularly happens at sports events—a redux of the action. I wanted to see and feel this moment again as 'played' by the dancers.

Emily Dyson and Aaron Steinberg infused balletic sensibility to 'Without You,' from Jonathon Larson's 'Rent.' It provided a hand on heart moment that continued into 'Goodbye Until Tomorrow,' from "The Last Five Years' by Jason Robert Brown. The choreography here, with Natalie Clevenger, Emily Franks, Jillian Godwin and Paige Robinson showing layers of the lyrics that move backward and forward over five years-wanting, not getting; hopes, regrets; anticipation, finality. This piece takes us far deeper than has the definitive 'three faces of Eve.' Remembering back to the musical, now being in this configuration with the four DK dancers, the punch in my gut still hurts a day later. What don't we foresee when we say 'I do'?

The power escalates with Kieran King bringing us into 'Bring Him Home.' As perfect as one can expect, as choreography and dancing it. I ended up with a soggy handkerchief.

The Company journeyed us through a triage of' The Flesh Failures/Eyes Look Your Last/Let the Sun Shine In,' followed by Marie Kuhns in a solo essay of 'Burn' that propelled us into 'You Will Be Found,' with Manuel Valdes again as the point person for the Company. Hopefulness flows over us to close Act One.

A lot to chew on during intermission, with a brief interlude to view Marianne Glick's splendid paintings emulating the Broadway Musicals to which she was listening as she painted. I will have to return to feel their impact thoroughly. A percentage of the sales benefit DK.

Act Two returned us to David Hochoy's PIAF: A Celebration, that premiered in 2011 and has surfaced in several other DK programs since. Once again, Hochoy tailors the poignancy of Piaf's autobiographical songs onto the bodies of the DK dancers of the moment. In his program notes, Hochoy tells us," I used Edith Piaf as source material for a vocabulary of movement that is at times gritty, elegant, romantic and nostalgic. The piece has two sections, the first dealing with Piaf's harsh upbringing and addictions, the second a more rose-colored view of her world. The whole sweeps the viewer along on a journey that is moving and inspirational."

That says it all.

The costumes, lighting and sound throughout gain their own applause. As a company, DK always is aspiring to best itself. It's an aesthetically heartwarming experience.