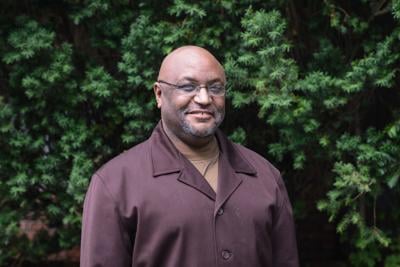 From the University of Indianapolis press release:

The free event is open to the public and will be held at the University of Indianapolis campus on Wednesday, Oct. 30 at 7:30 p.m. in Schwitzer Student Center in UIndy Hall A. Event parking is free. Visitors can also reach campus by taking the Red Line to University stop.

I had the pleasure of talking to Broaddus recently. We talked about his fiction - we spent a lot of time on his most recent novel Pimp My Airship - and his life in general. He spends a lot of time leading various activities, including assisting and encouraging fellow writers at the community development organization The Kheprw Institute.

“America tends to mythologize the idea of the heroic loner, but it’s a lie,” Broaddus said. “No one makes it on their own. As solitary as the art practice can be at times, it’s good to surround yourself with folks who have been through the struggles, are in the trenches alongside you, can encourage you because they get what you are going through.”

I will shortly have a much longer article in NUVO about Broaddus’ work and his life.

Gathering of Writers, Spoken Word, & Beyond

VOCAB: at the Forefront of Spoken Word