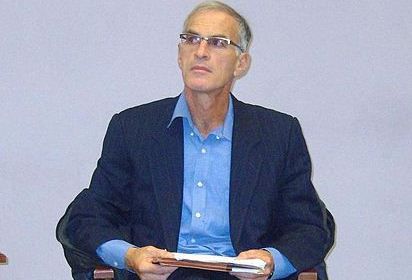 Norman Finkelstein, author of Beyond Chutzpah 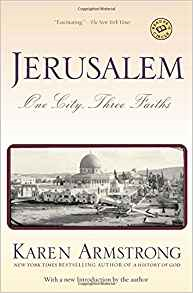 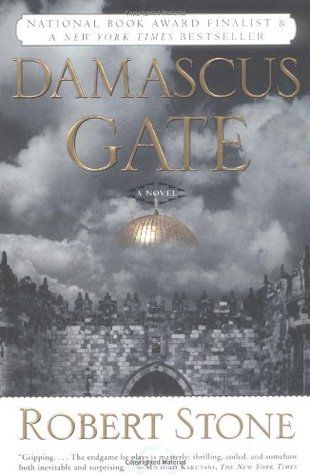 Over the years, I’ve read a number of books that have helped give me some understanding about what’s going on in Israel/Palestine. Some of the books are flawed, some are brilliant, and some are both at once. Aside from the first book in this list, I present them here in no particular order.

1// Gaza: An Inquest into its Martyrdom by Norman Finkelstein

Finkelstein's book, published in January, is a book that promises to investigate the Israeli treatment with the rigorous scholarship, passion, and deeply biting wit that he is known for.  I confess that I'm barely through the preface of this book, having just picked it up from the library tonight. I'm comfortable, however, recommending this book on the strength of his book Beyond Chutzpah, which is also in this list.

2 // From Beirut to Jerusalem by Thomas Friedman.

I liked this particular book a lot more when I read it, in the early 90s, than I do now.  Let me draw an analogy (as Friedman himself is so wont to do). In the William Burroughs novel Naked Lunch, various characters find themselves compelled to eat the Black Meat, the flesh of a centipede that is at once deliciously sweet and nauseating so that you can't stop eating even as you're binge vomiting. I’m attracted to Friedman’s work more or less in the same way.

The problem with Friedman, who’s written for The New York Times for the past 30 years, is that he’s a blowhard—and a highly patronizing one at that. In the art of abusing a metaphor, no one can touch him. But some of his observations are interesting, as well as his prescriptions for Mideast peace. And I have to give him credit: his Dec. 6 story in The New York Times “Trump, Israel, and the Art of the Giveaway” was pretty spot on.

This monumental work of scholarship, published in 1978, is about the Western gaze. It’s about how for centuries Western scholars used their scholarships to justify conquests of Middle Eastern territory, and exploitation of the region’s resources. I love this book for its narrative force, and its passion, as well as its substance. Here’s an article he wrote for The Nation in 1980, addressing some of the same issues he addressed in that book. (He also wrote a devastating review of Thomas Friedman’s From Beirut to Jerusalem, which he termed “jejune,” a word that I had not heard before, ever, in any context.)

4 //  The Jewish State: The Struggle for Israel’s Soul by Yoram Hazony.

Published in 2001, this book takes the title of Theodor Herzl’s pamplet, a “proposal for a modern solution for the Jewish question,” which was first published in 1896, and outlines the foundational tenets of Zionism (a term that Herzl himself popularized) which advocated for the in-gathering of Jews into Palestine.

Hazony is an Israeli Jew, and he is a nationalist. In his book, which sort of uses Herzel as a starting point, he argue how certain pillars of Jewish intellectual life such as Hannah Arendt and Martin Buber attempted to undermine the foundations of Zionism in their work. He also aims a jaundiced gaze at the contemporary Israeli art and literature scene where he equates any sympathy for the Palestinians (among Jewish artists) as tantamount to treason.

I happen to strongly disagree with the thrust of Hazony’s thesis. But I have to say, it makes good use of citations, and is well written. It’s a good book with which to have an argument, or so I thought when I read it.

5 //  Shell-Shocked: On the Ground During Israel’s Gaza Assault by Mohammed Omer

Omer, a Palestinian journalist, was on the ground in Gaza during the euphemistically named Operation Protective Edge in July 2014, in which approximately 1,500 Palestinian civilians were killed.  Nothing in this book but straight up journalism, of bearing witness. Omer visited the IUPUI campus in January, 2017 to talk about his work, and I had the honor of talking with him.

6 //  Beyond Chutzpah: On the Misuse of Anti-Semitism and the Abuse of History by Norman Finkelstein

Finklestein, in addition to arguing that the Israeli government and its apologists use often anti-Semitism as a weapon—as a way to say victims can never, ever be victimizers—also makes a convincing case that Alan Dershowitz plagiarized whole sections of his book The Case for Israel off of Joan Peters’ book From Time Memorial.  Peters’ book attempts to make the case that the lion’s share of Palestinians—the Arabs in Palestine at the time of the birth of Israeli statehood in 1948—were not native born, and that Palestine was largely empty at the outset of Jewish immigration from Europe in the early 20th Century. This is not a view widely shared by scholars of the subject, to say the least.

Anyway, it so happens that Finkelstein used his doctoral thesis to discredit Peters’ book, unfortunately for Dershowitz.  NUVO covered Finkelstein’s visit to the IUPUI campus in March, 2015.

7 //  The Iron Wall: Israel and the Arab World (updated and expanded edition) by Avi Shlaim.

Avi Shlaim is one of the Israeli New Historians, a loosely affiliated group of historians who challenged traditional versions of Israeli history. It’s a beautifully written book that details the forced evacuations of Palestinian civilians from Israeli territory in 1948 as well as other episodes that challenge the conventional narratives with rigorous scholarship.

A sweeping history of the city that Christians, Jews, and Muslims have all claimed for themselves over the millennia.

Perhaps a more kaleidoscopic and poetic history of the city than Karen Armstrong’s. Less polemic, but just as valuable.

10 // The End of Days: Fundamentalism and the Struggle for the Temple Mount by Gershom Gorenberg.

In addition to pleasing a number of Jewish pro-Israel groups and mega-donors such as Sheldon Adelson, Trump’s moving the American embassy from Tel Aviv to Jerusalem was meant to please his base. His base, of course, includes many Evangelicals. Some Evangelicals long for the destruction of the Dome of the Rock, the Muslim holy site, so the Jews can build the Third Temple. This, they think, will expedite the rapture. (It would certainly make even more war and chaos than exists in the Middle East currently a near certainty.) There are quite a few fundamentalist Jews who would be only too happy to accommodate these Evangelicals. Gorenberg notes these developments and more in his book, including an analysis of the plots in the various Left Behind novels. In these books, the Palestinians agree to have their holy sites moved so a temple can be built. This is something that could only happen in a world inhabited by cardboard caricatures.

The Indy Jewish Community Relations Council and Muslim Alliance of Indiana vow to continue work on local issues despite disagreement on Trump's action.

The ancient Jewish holiday of Passover, which uses the biblical story of Exodus as its backbone, can be used to highlight the historical suffering of Gentiles as well as Jews.